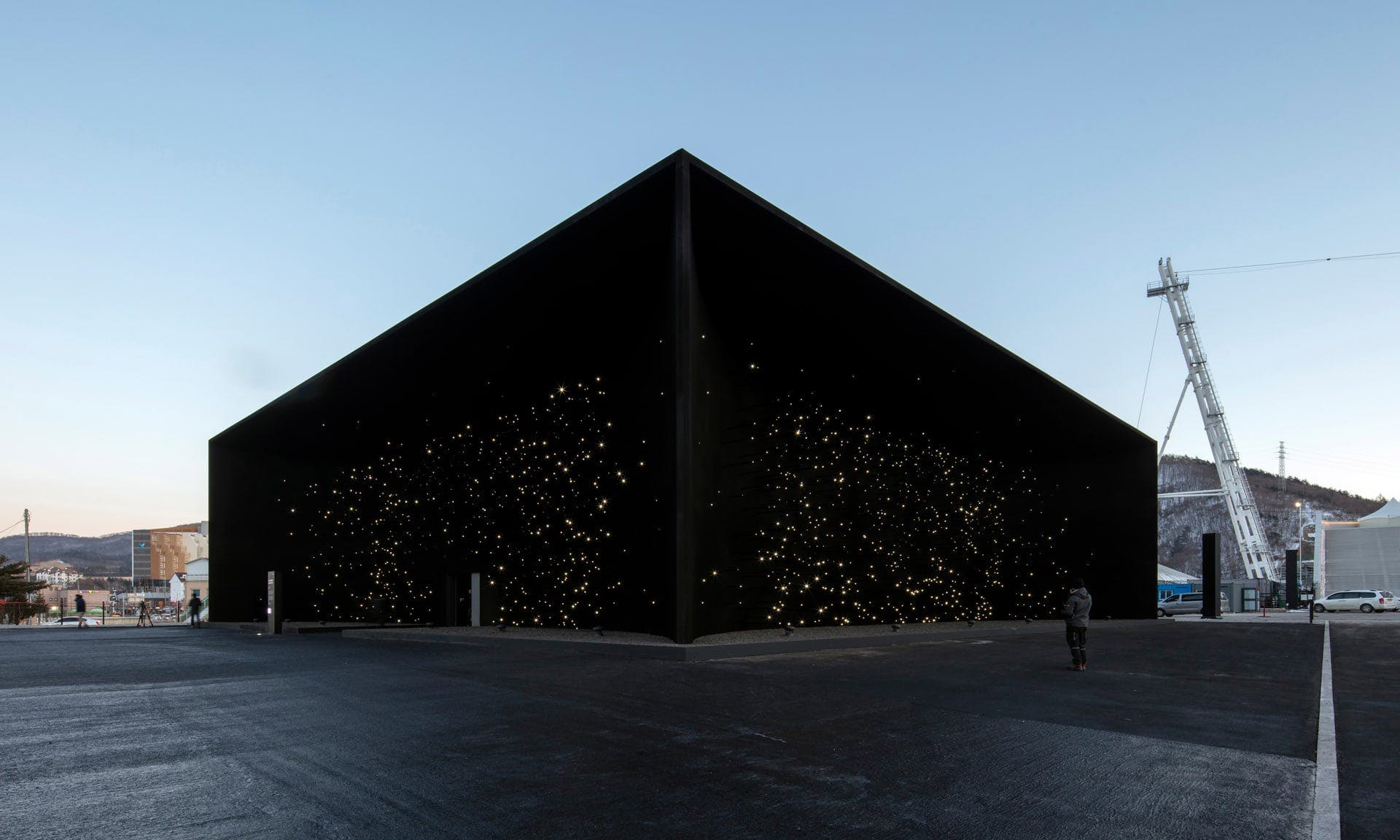 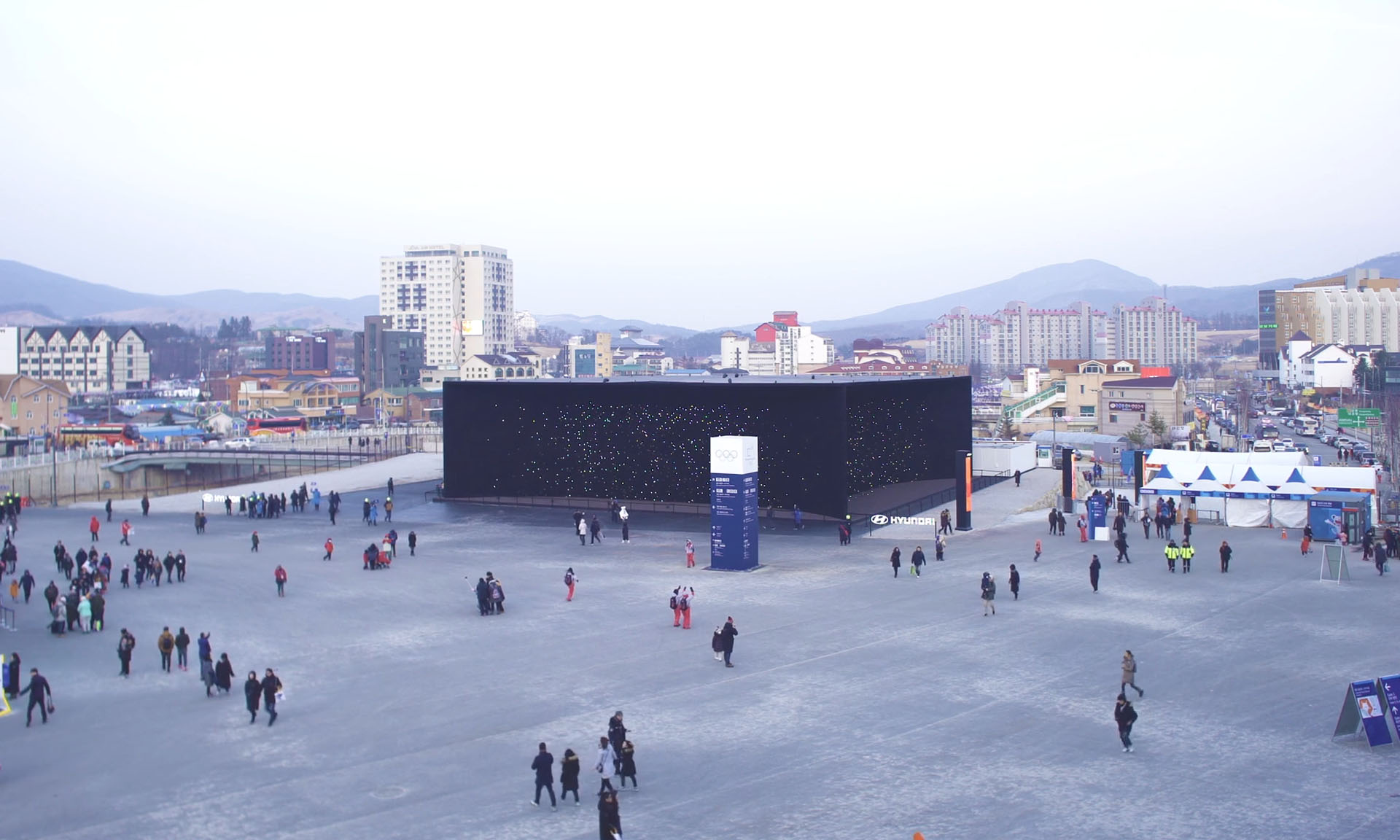 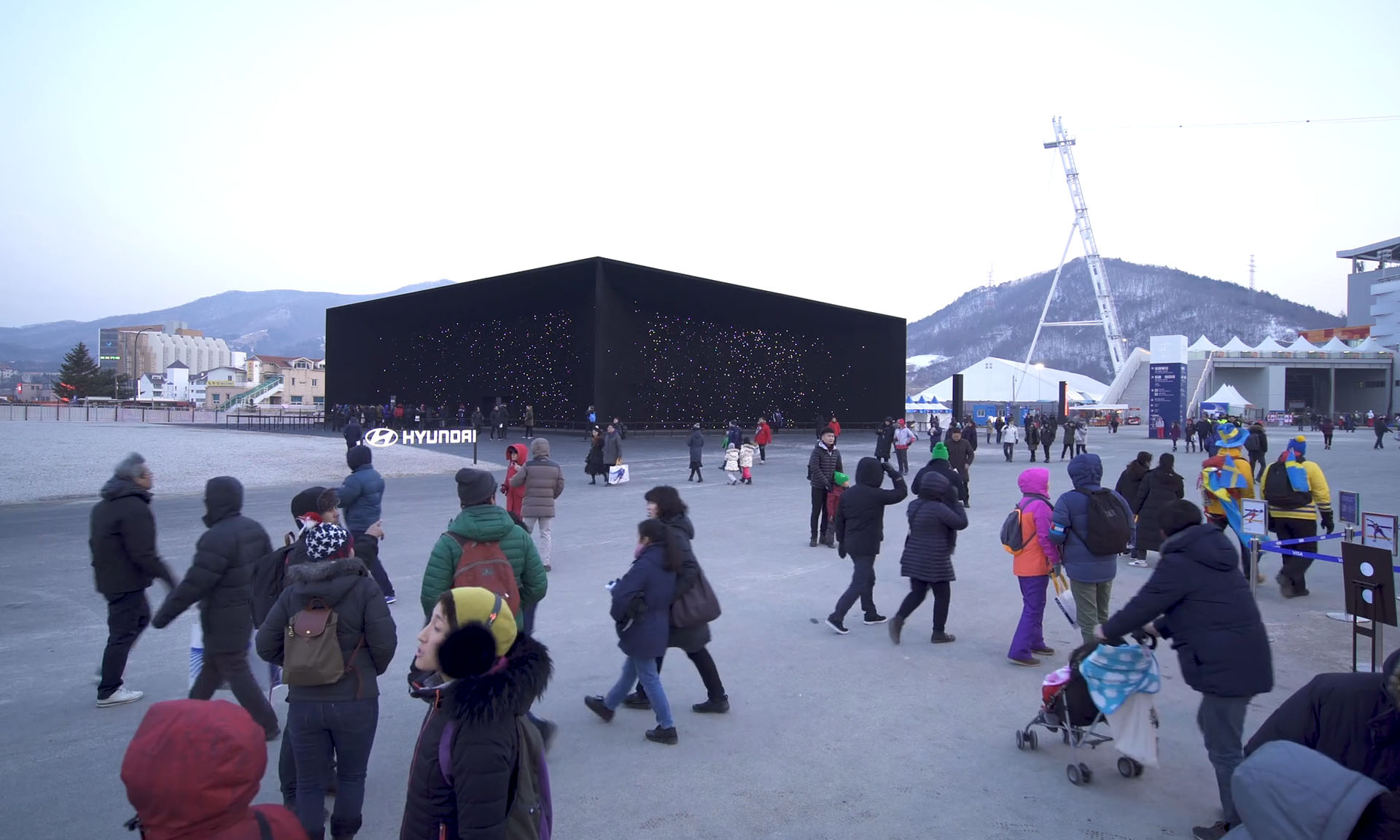 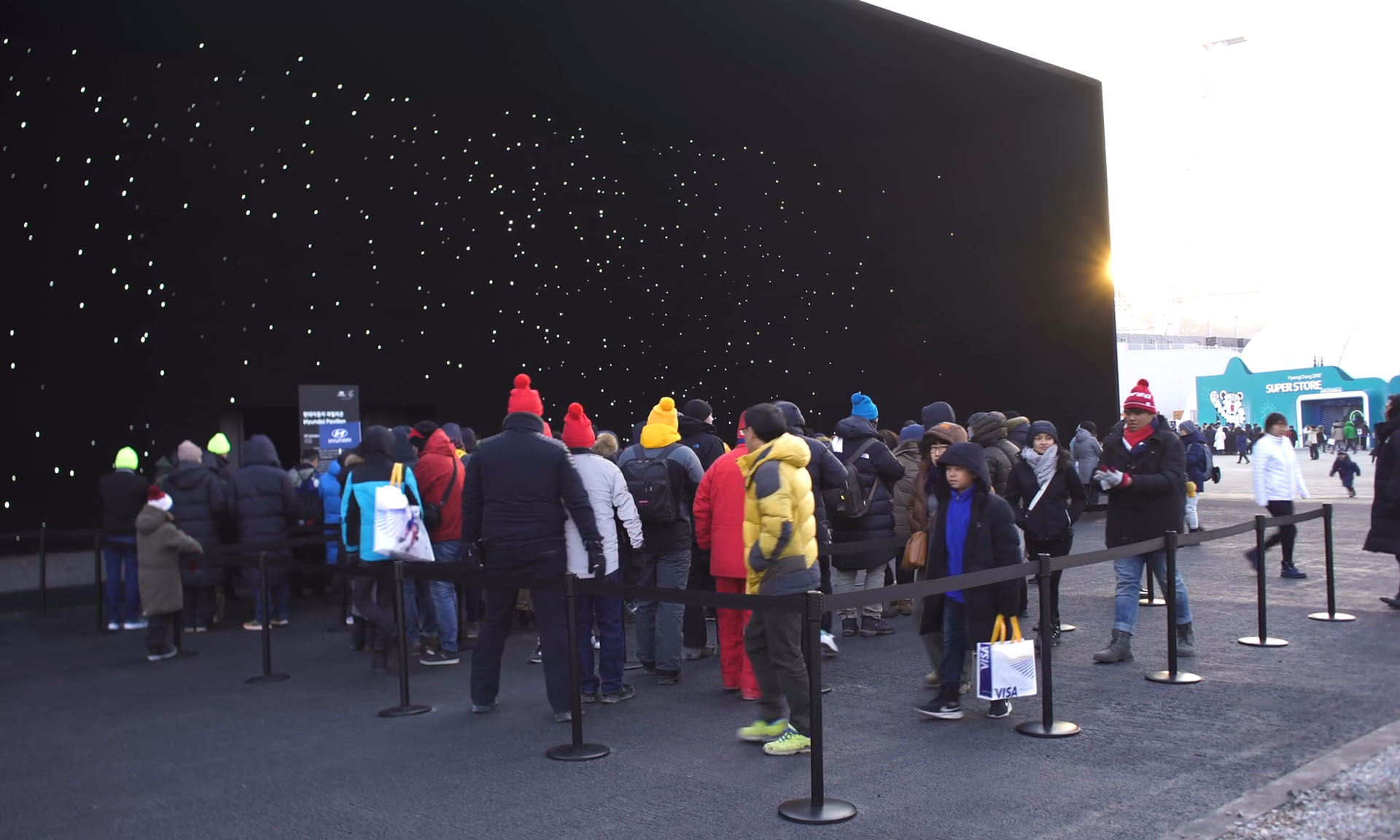 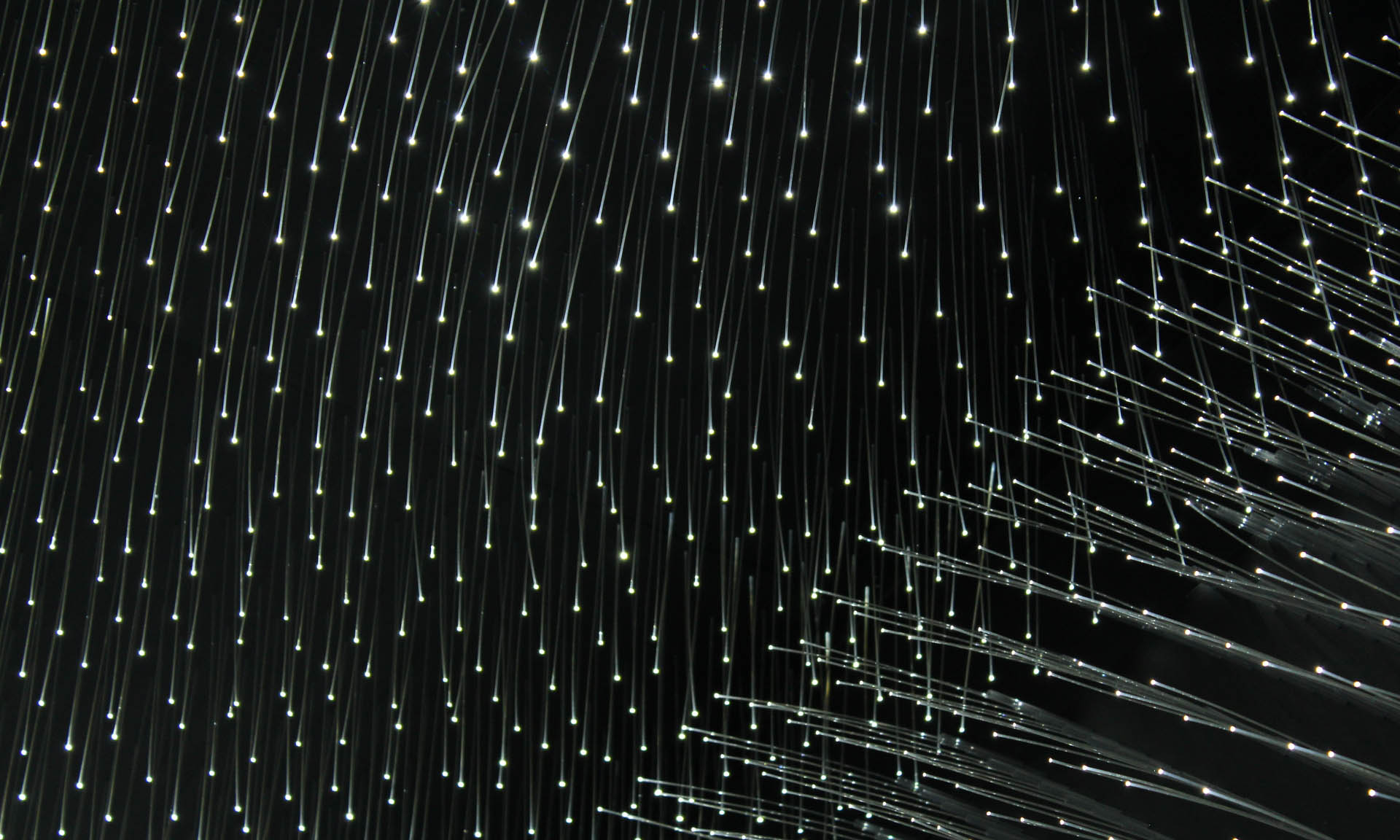 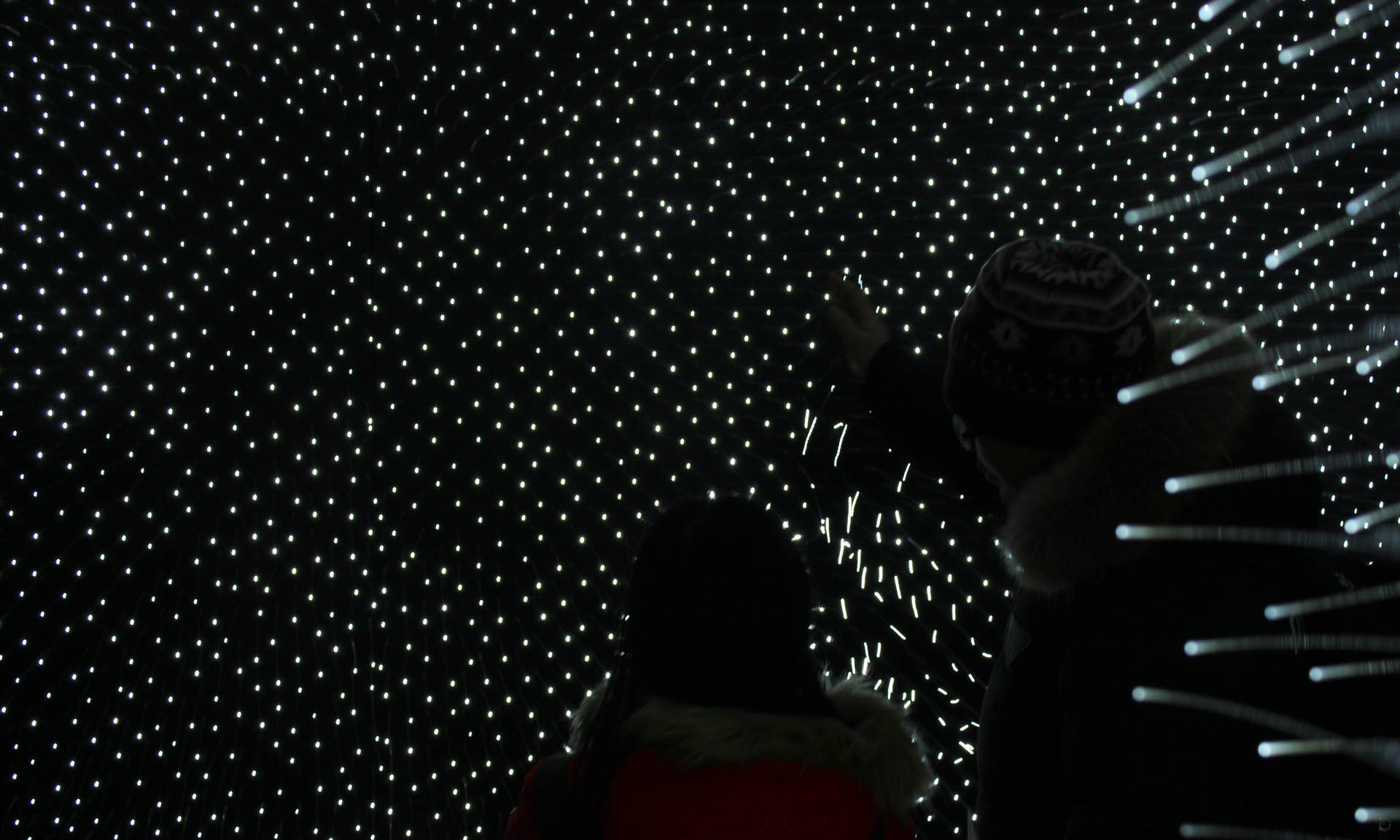 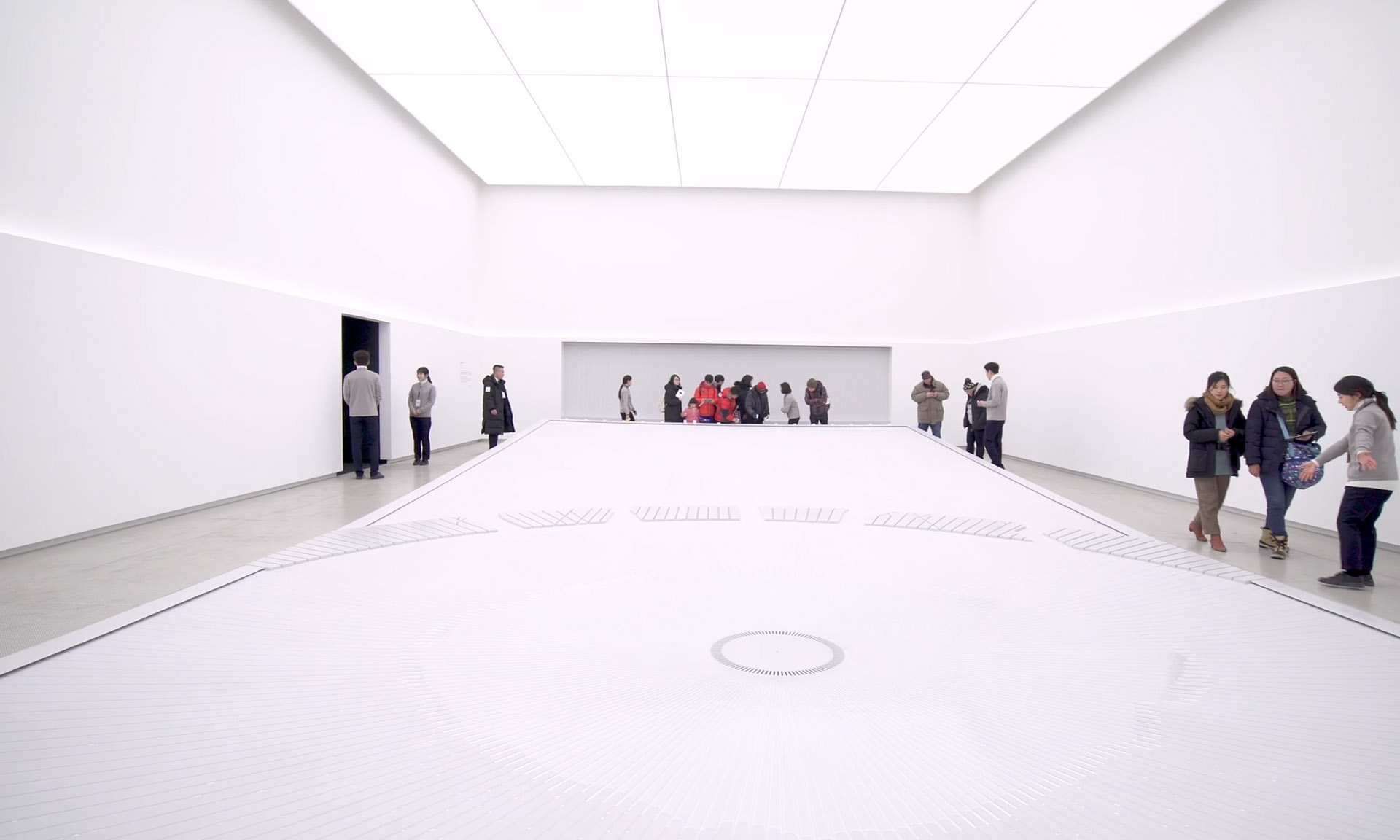 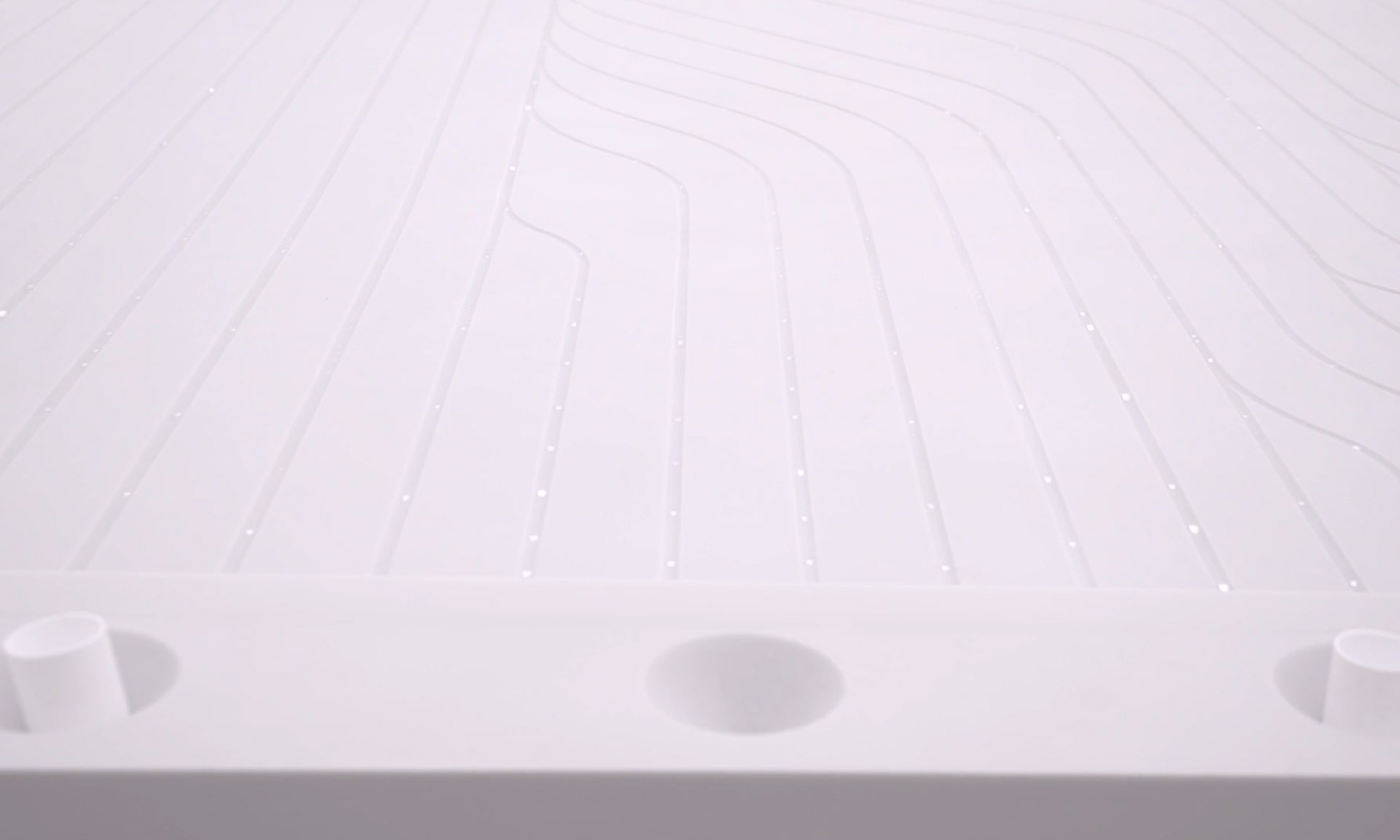 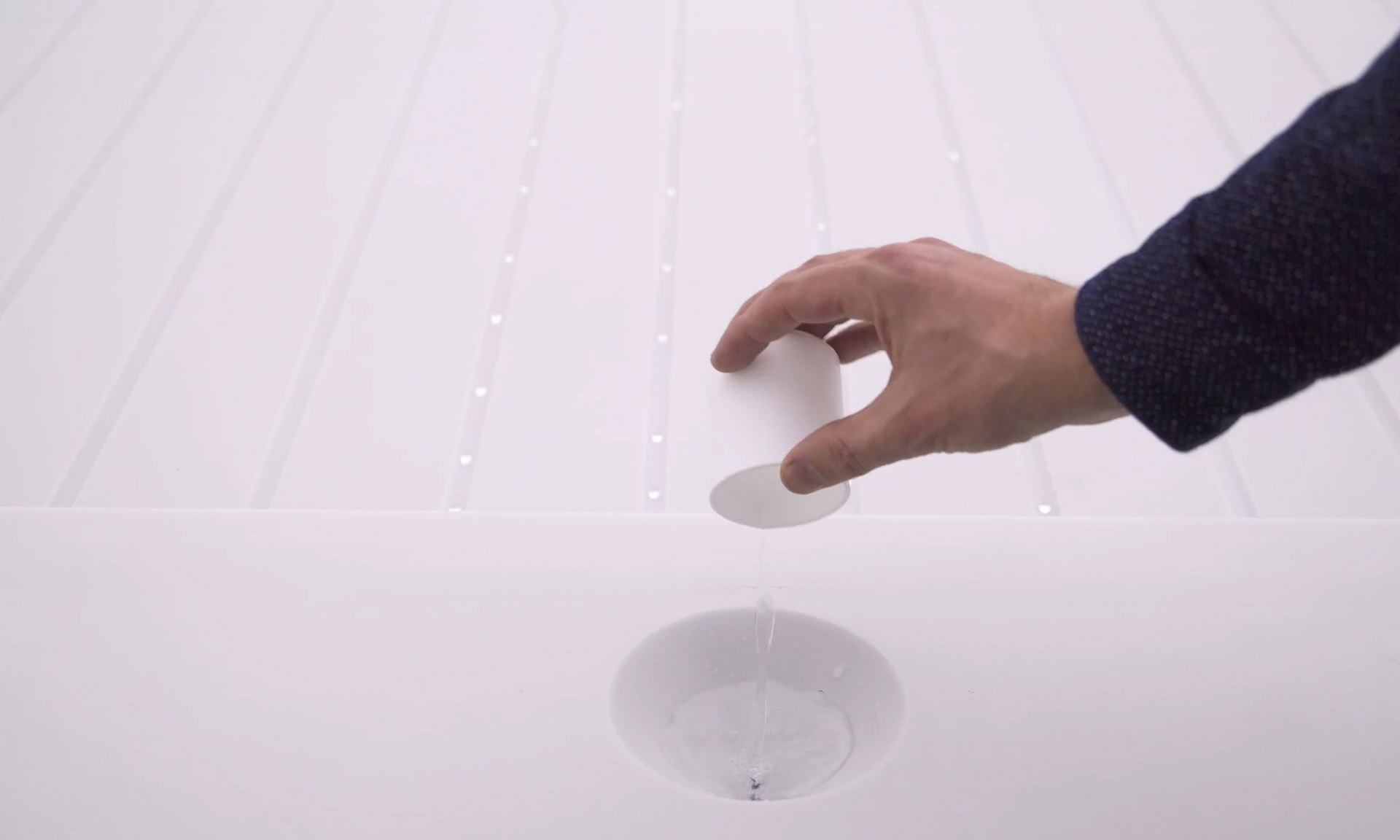 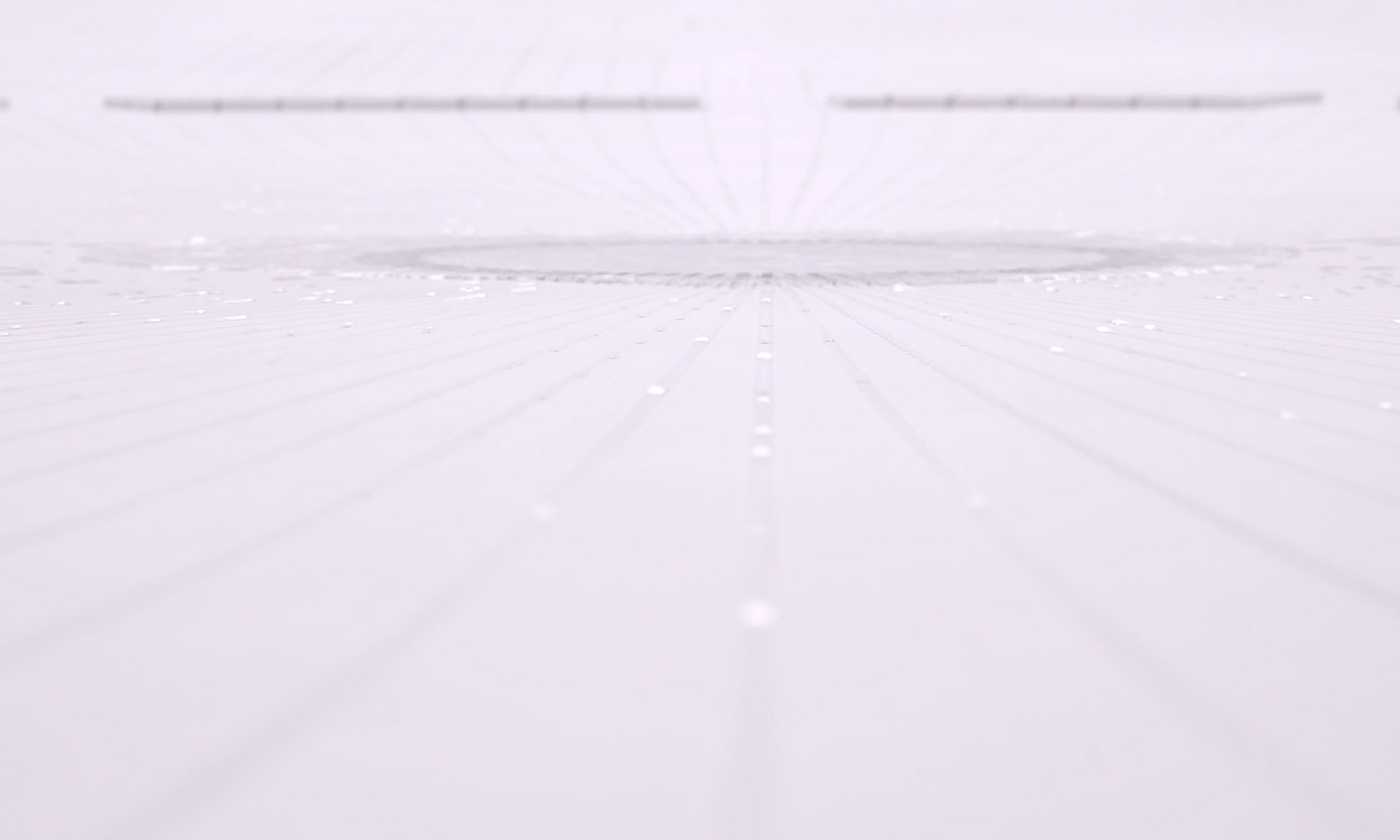 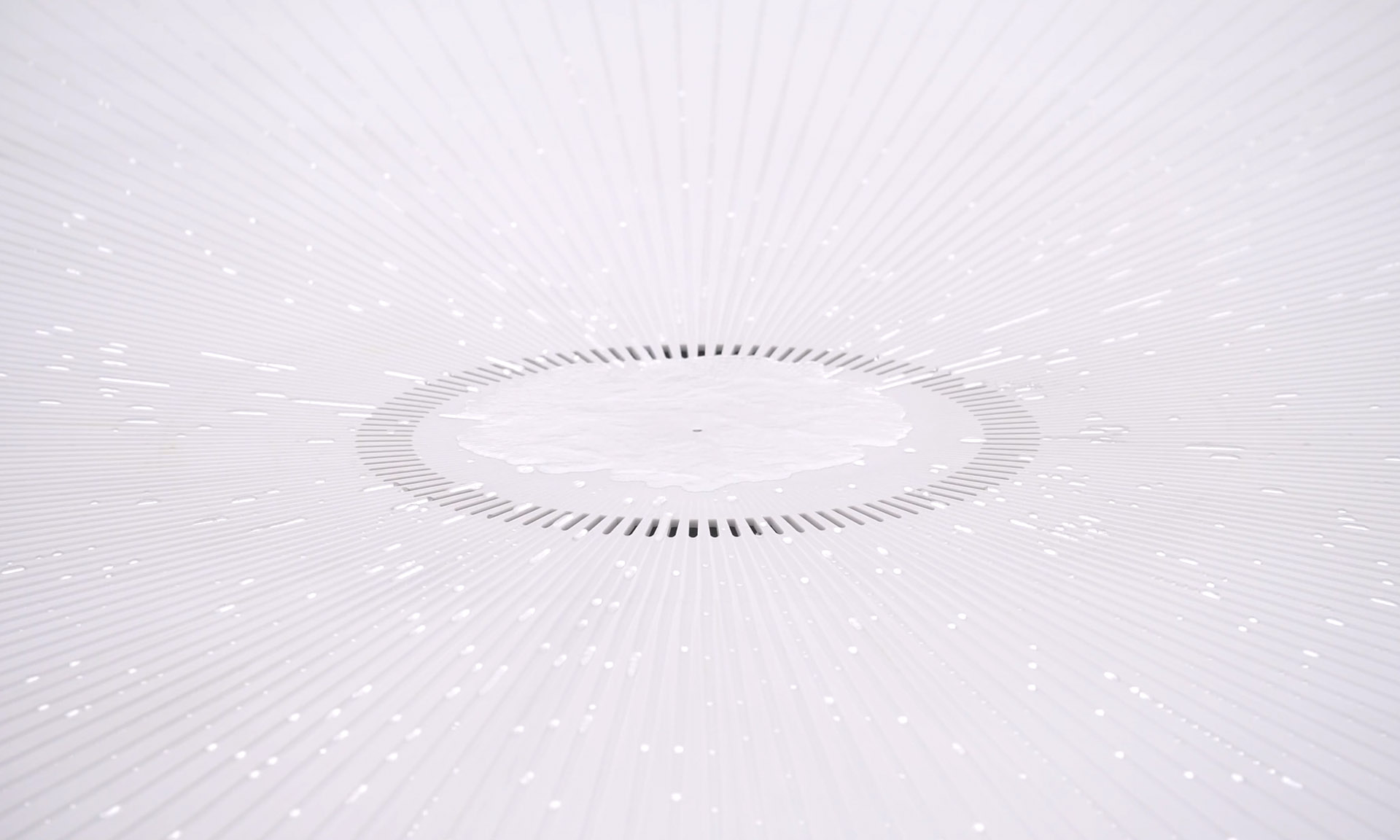 5 x ENTTEC Storm 8 were used to control 4,000 LEDs on the facade of the pavilion.

1 x ENTTEC Storm 8 was used to control the water valves inside the pavilion.

During the Winter Olympic Games at Pyeongchang in South Korea, the Hyundai Pavilion was situated at the heart of the Olympic Park and attracted 60,000 visitors over a 5-week period.

Hyundai were promoting their new Nexo hydrogen car, but rather than filling the space with the car itself, they decided to represent different elements of the cars components through art. A Hyundai press release said that “We wish to introduce a wide range of values to our consumers’ lives by combining art and technology, cars and lifestyles.”

The exterior walls were concaved and finished with Vantablack VBx2, a paint which absorbs 99% of light and creates the illusion of a void. These walls were then covered with thousands of glittering LED lights, controlled by a series of ENTTEC Storm 8s and programmed to give depth as if you were looking at the night sky.

iart, who were the interactive engineers for the project, programmed the lights to twinkle like stars and the brightness of the LEDs constantly changed. When matched with the super black of the exterior, the whole effect produced a striking visual display.

Inside the pavilion, in a stark white space, was an interactive water installation which encouraged visitors to interact with 25,000 moving water droplets. The 20m x 12m room featured 258 nozzles, built into the circumference of the installation. Water was constantly released from the nozzles onto a hydrophobic surface, keeping the droplets intact and racing towards a basin at the bottom of the installation.

When visitors poured water into a channel, all unused channels stopped releasing water. Sensors along the side of the installation allowed customers to change the speed of the water by directing air into the channels.

An ENTTEC Storm 8 was used to control the valves of the water installation inside the pavilion to generate the droplets. The water droplets were released using solenoid valves, which are activated electronically to open or close whenever they receive an appropriate current. In order to generate this current, a solution was devised using pulses of ArtNet data. 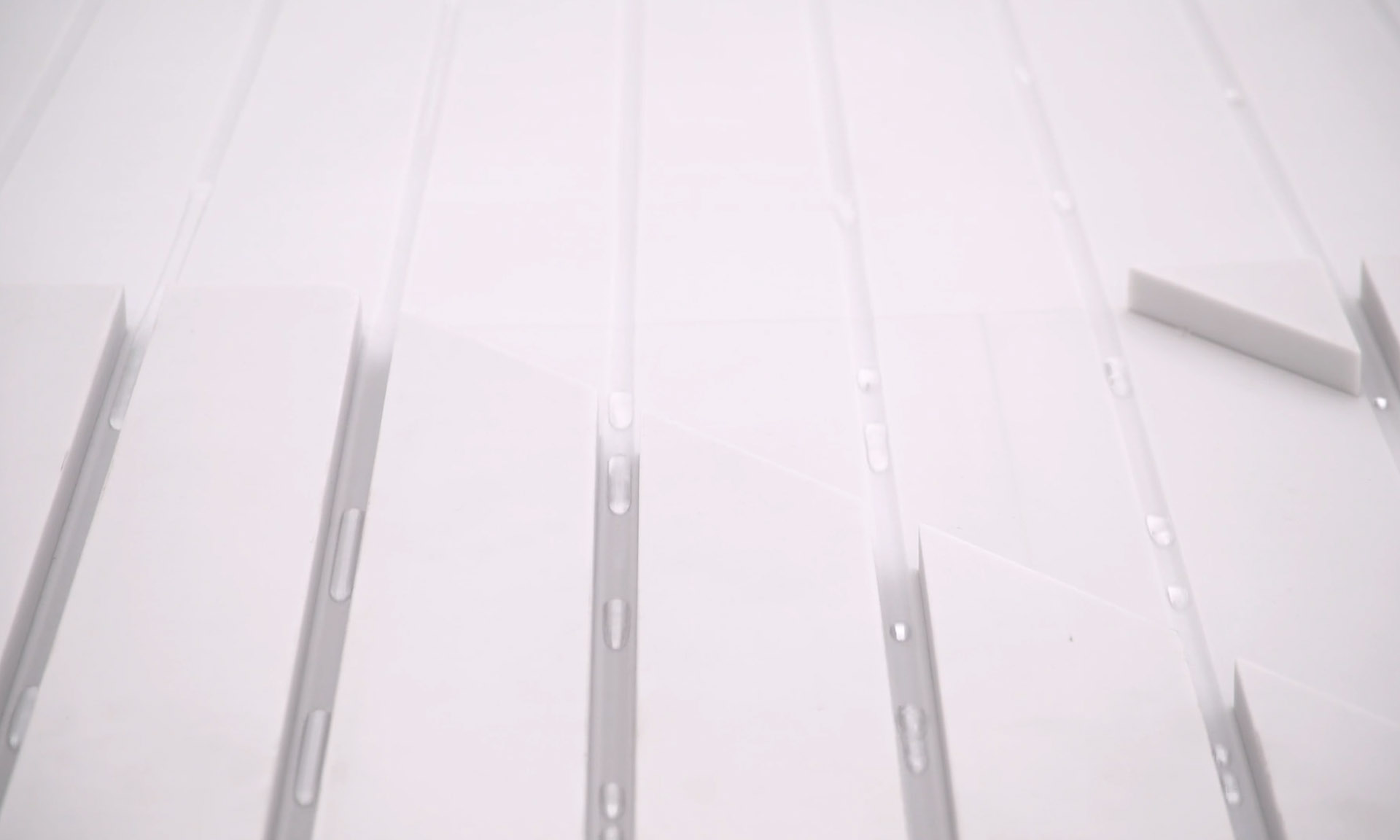 This data was then converted to DMX using the Storm 8 and sent to a DMX driver, where the DMX data was combined with DC power. This was then output to the solenoid valves, which used the data and power to open or close the nozzles.

“We were happy with the delivery and the performance of the product. We had no issues during the project.”

The pavilion was designed by architect Asif Khan and developed by iart and the Institute of Thermal and Fluid Engineering (FHNW) in Switzerland. It took six months to complete and was ready for the opening of the Winter Olympic Games in Pyeongchang.