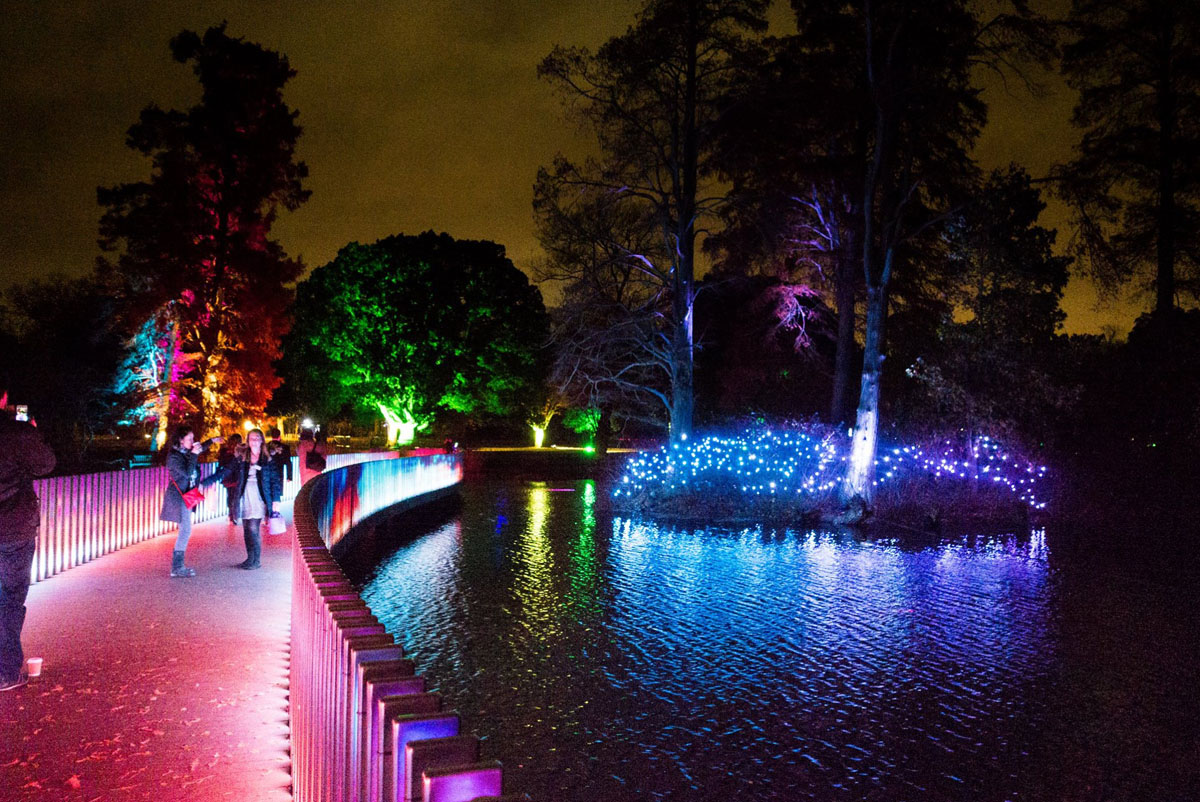 – Multiple DMX LED drivers. Learn what ENTTEC’s popular CV Driver MK2 can do for you.

The scope of an artist’s vision is to an extent circumscribed by the scale and nature of the space inside which the work is to be created. This being the case, a lighting designer couldn’t wish for a much better canvas than a sprawling botanical garden or manicured country estate.

Three of these projects were made possible using technology from ENTTEC, most significantly ELM (ENTTEC LED Mapper) software which was used for the playback. Individual pixels in ELM were also used to control the DMX values of the traditional lighting fixtures present, e.g. zoom/intensity, as well as the optical engine.

“After reviewing a huge amount of options we found ELM to be the most intuitive and reliable application for the needs. It’s clearly been designed by a team of people with a deep understanding of how a piece of software like this is actually used in the field. For a 6-week run, every night of the week during the British winter, it was rock solid.” 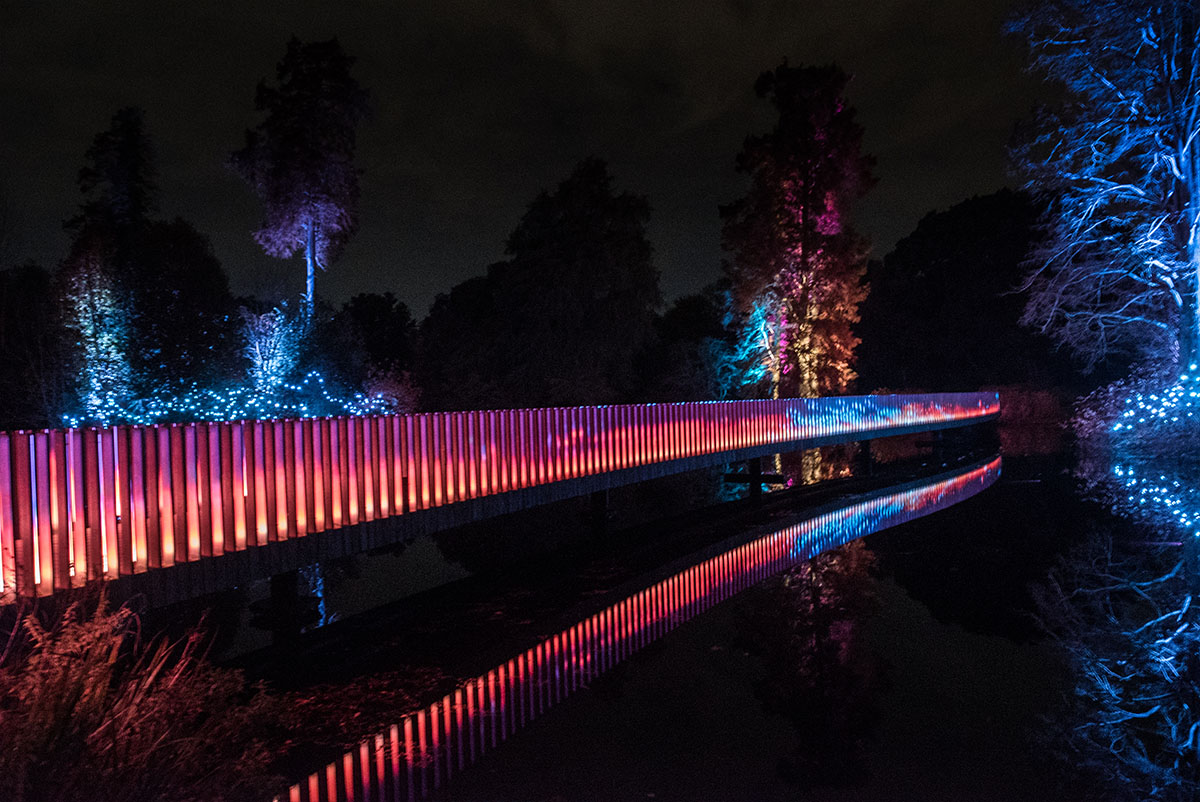 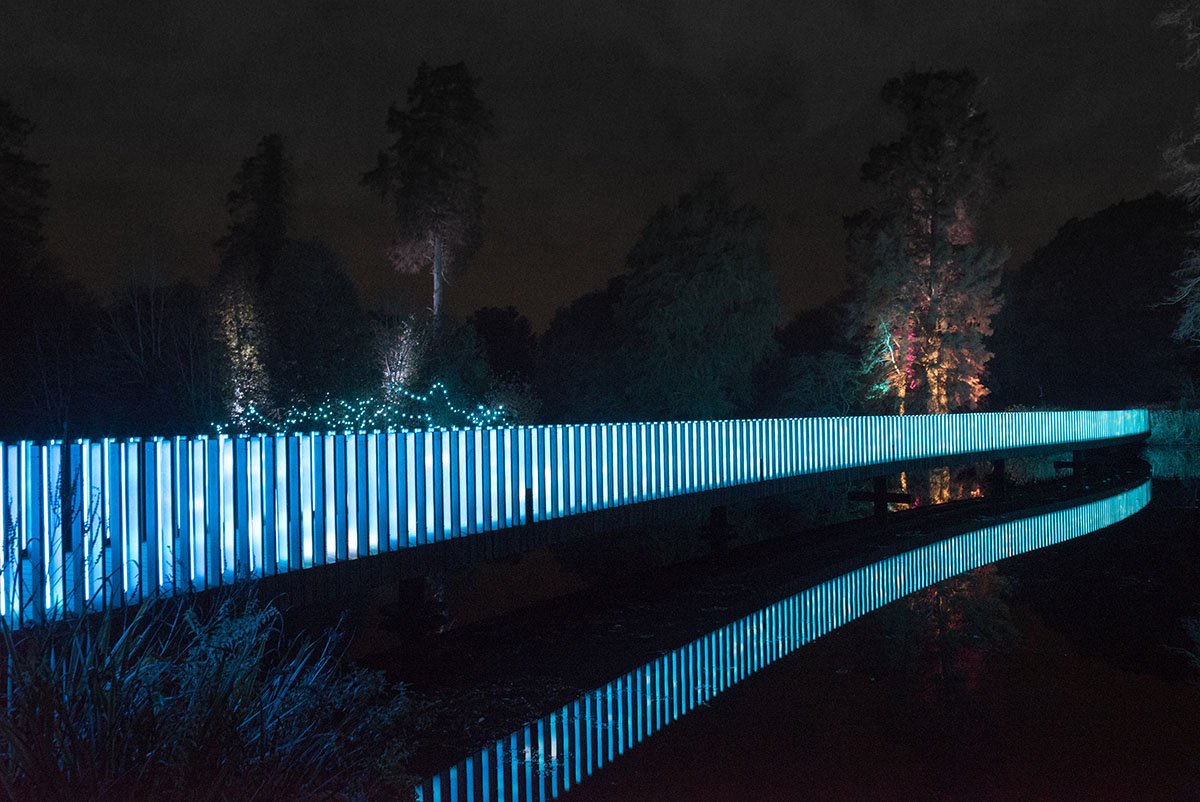 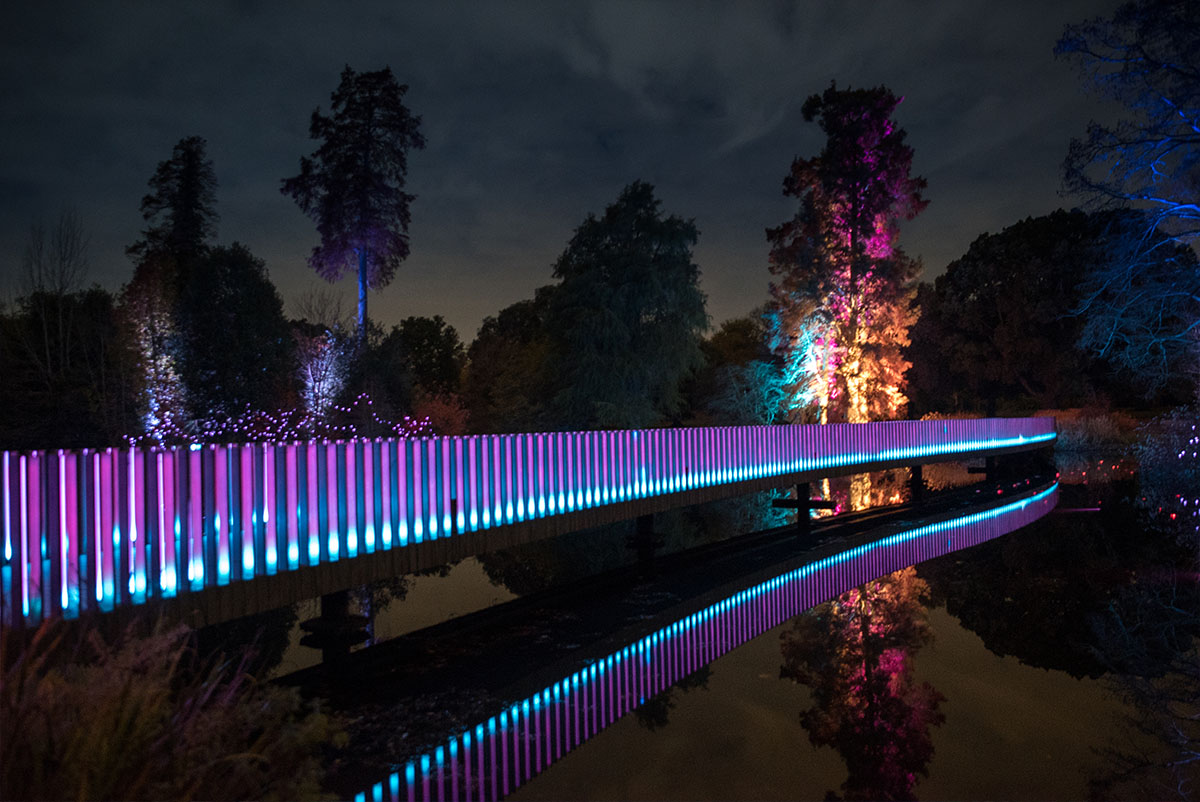 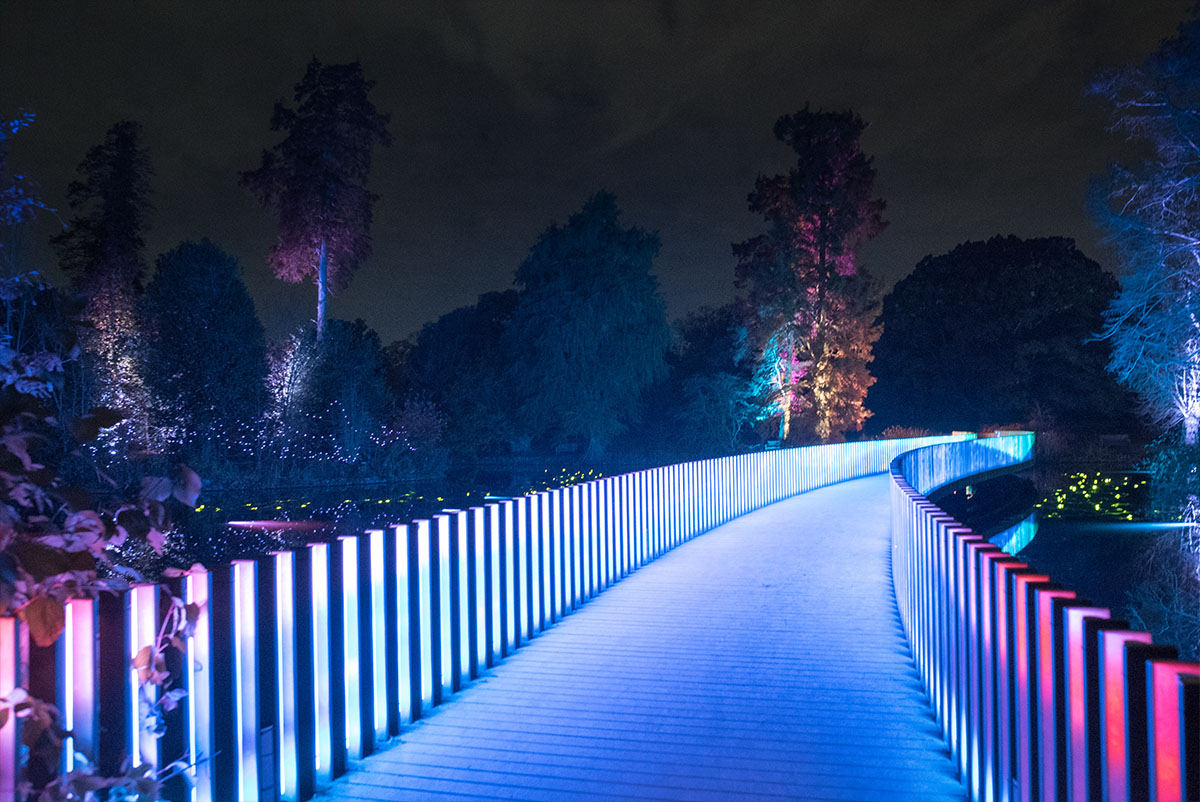 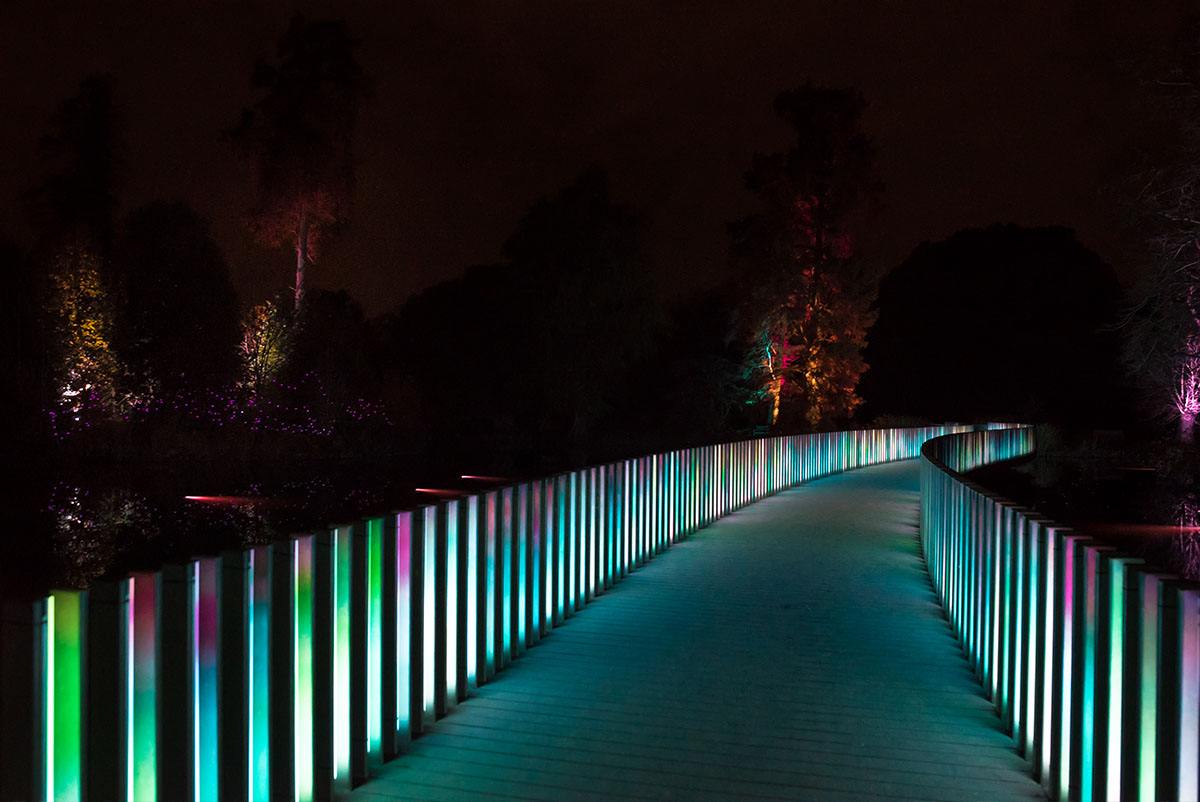 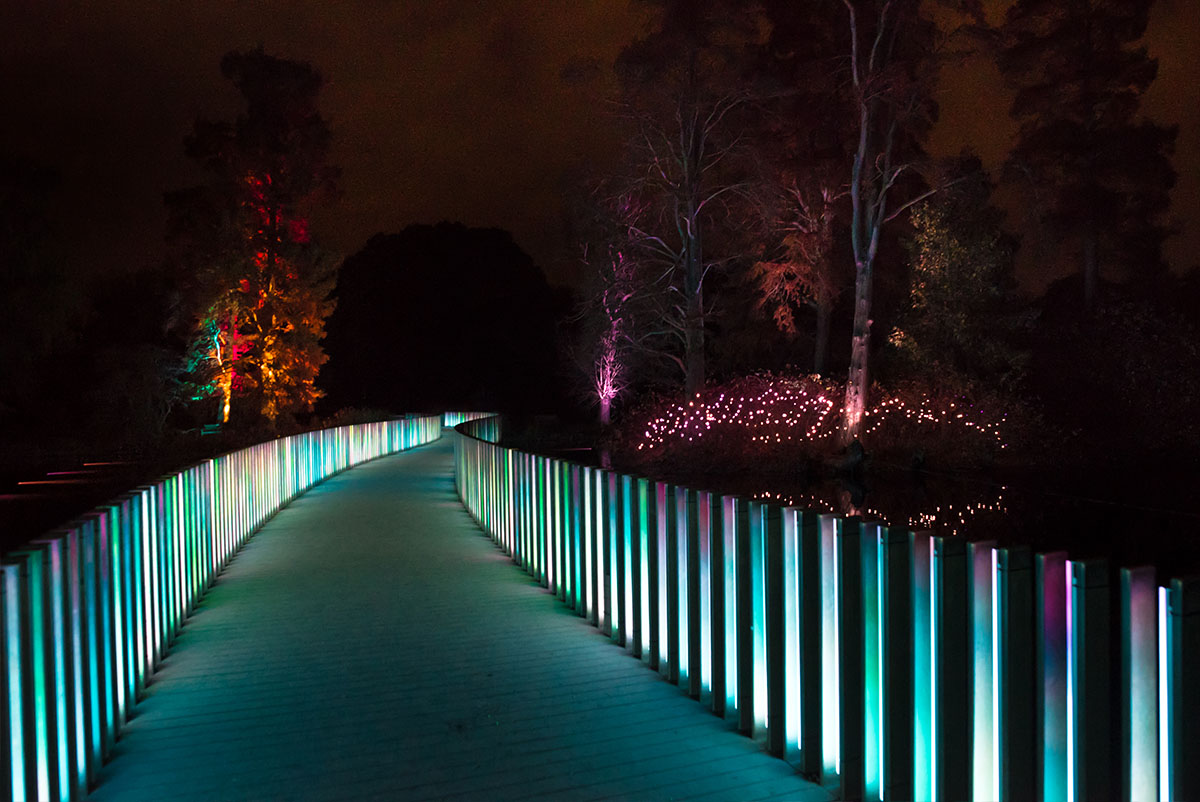 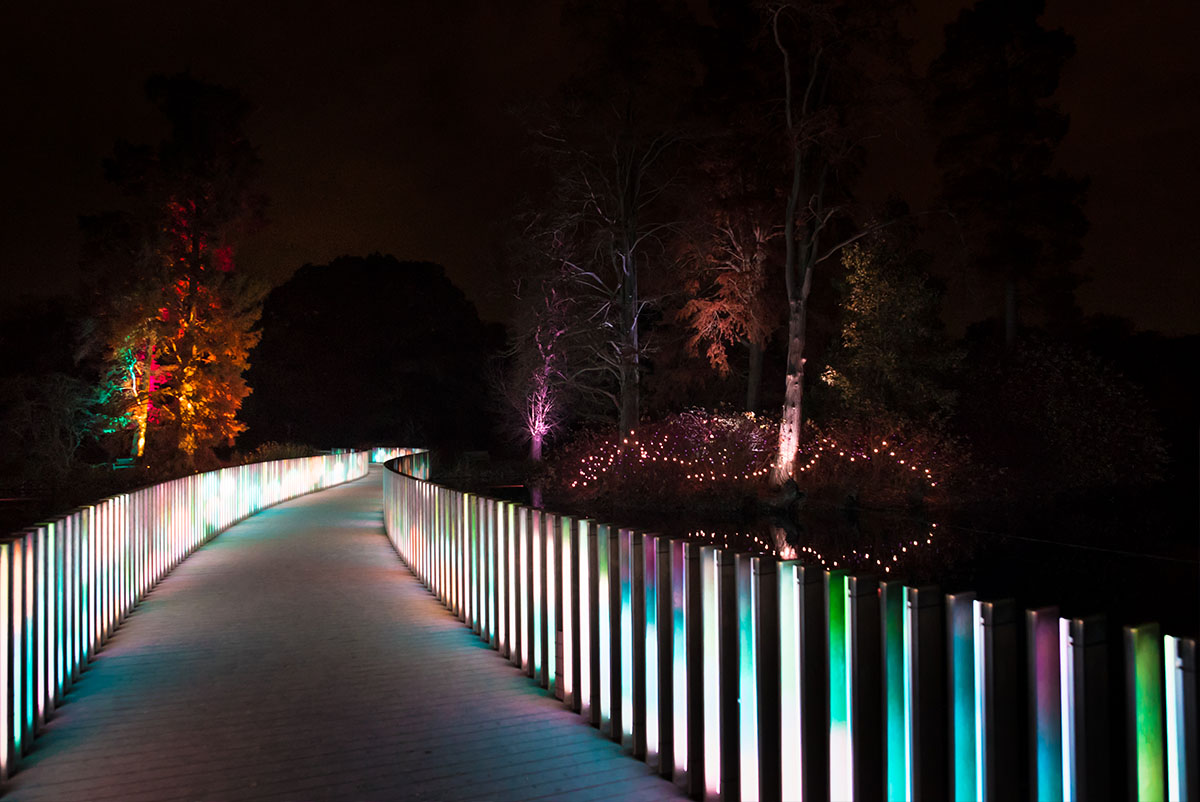 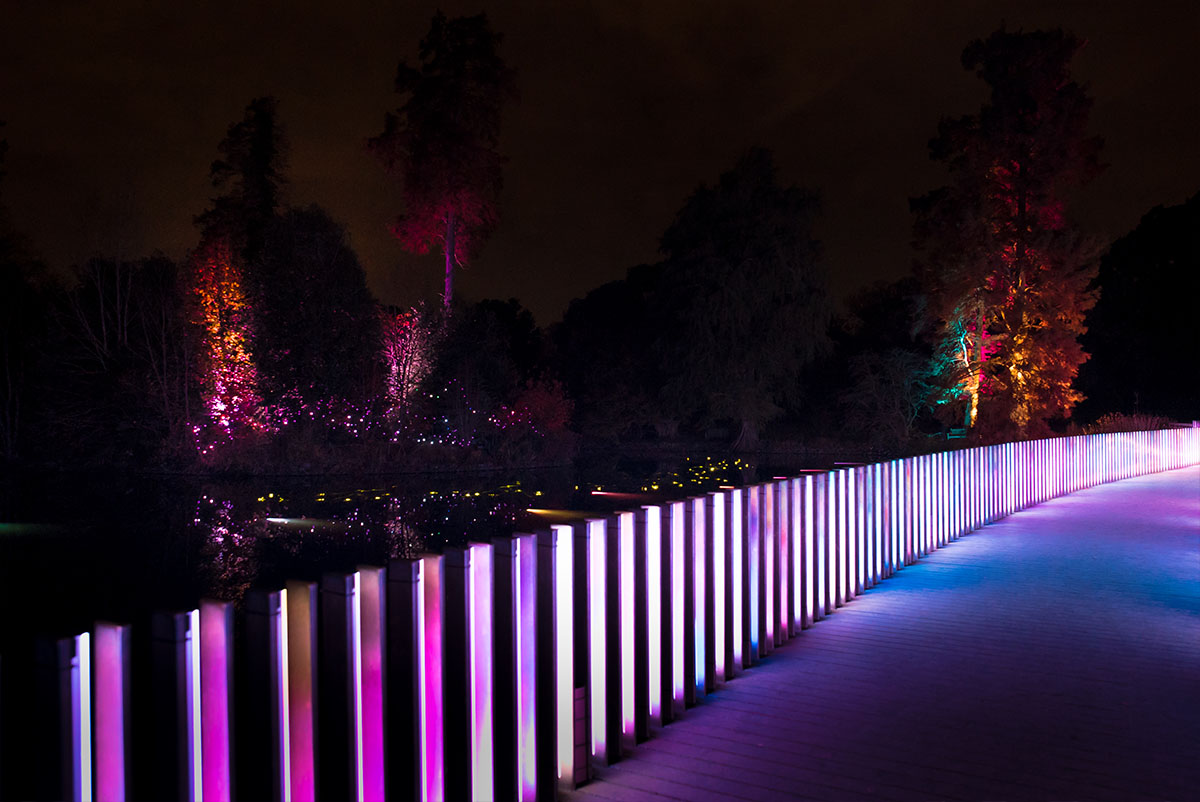 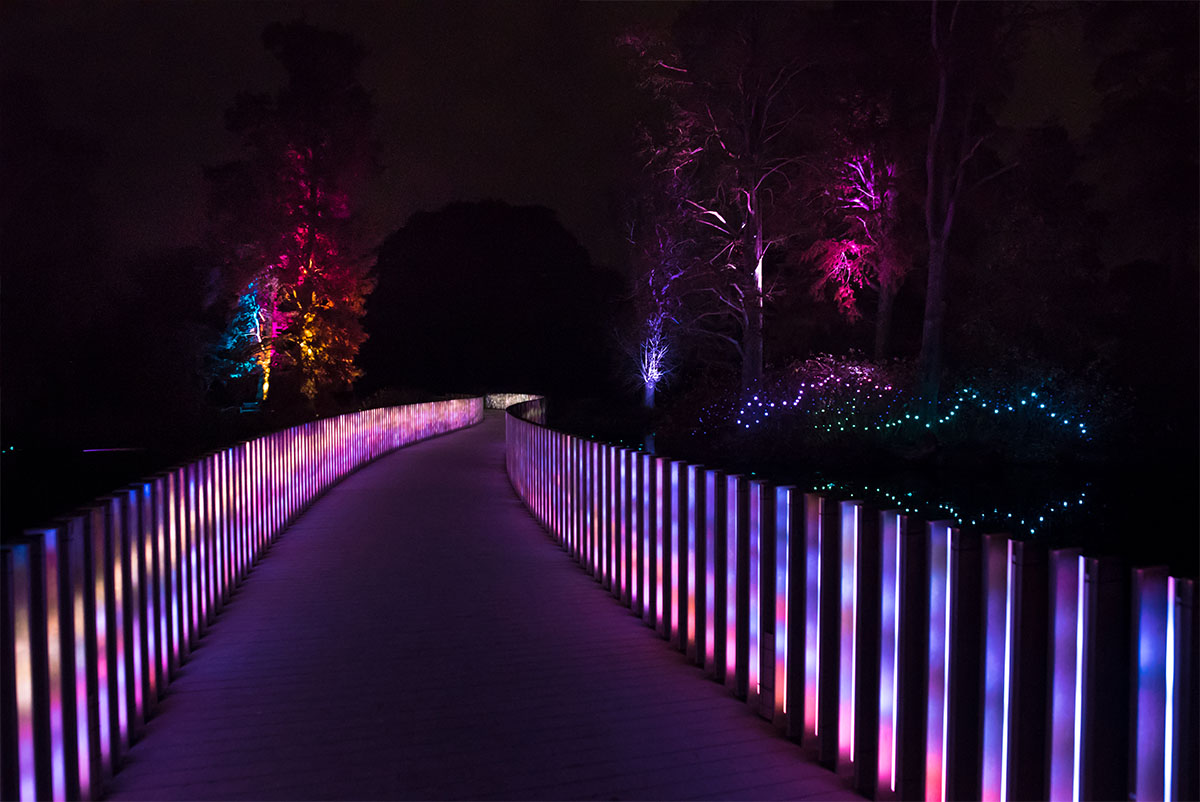 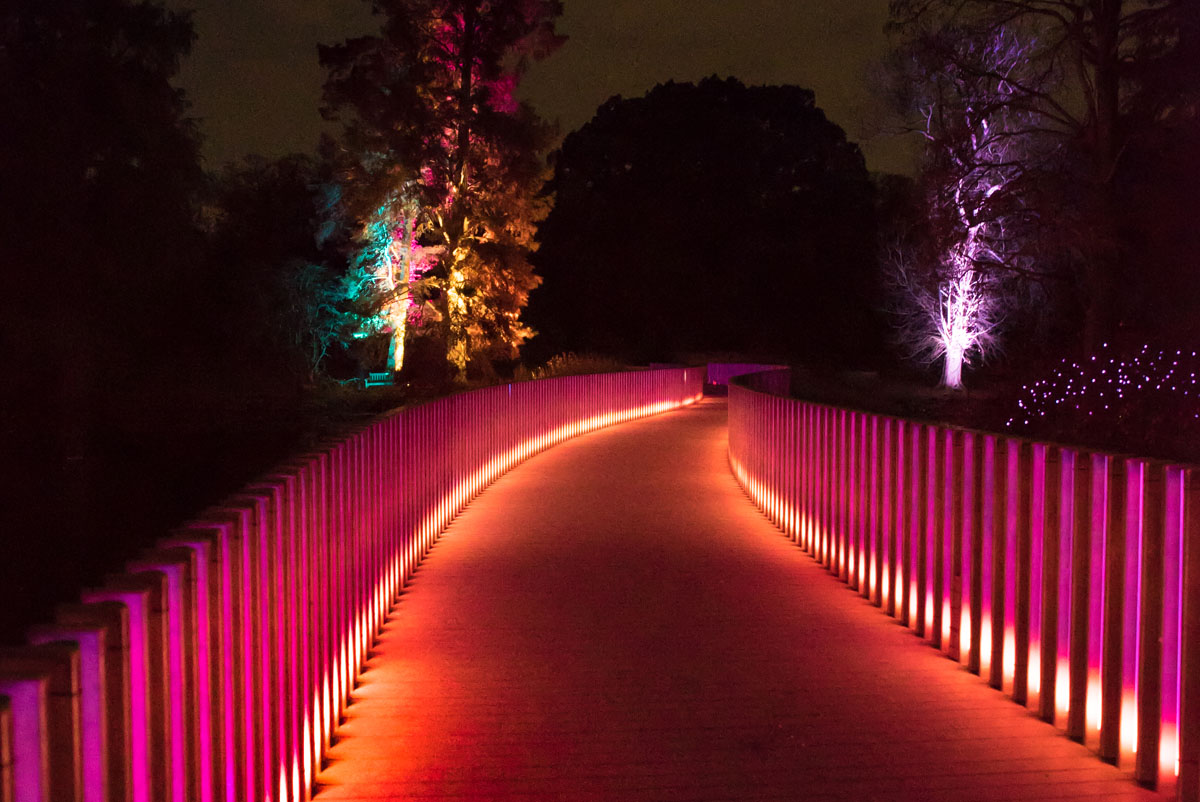 Nine months of planning went into “Duet” – an animated lakeside installation featuring diffused LED uprights with a flowing pattern of colours, designed to showcase the architectural curve of the Sackler Crossing bridge.

A further 26,000 diffused LEDs were suspended over the nearby islands, along with 60 kilometers of fiber optic, floating like trailing aquatic plants, with all individually addressable lights reacting to an audio soundtrack designed to highlight the natural surrounds.

In addition to ELM being used to create the lightshow, 2x Storm 24 and 1x Storm 8 were employed in order to establish a 54-Universe set-up. 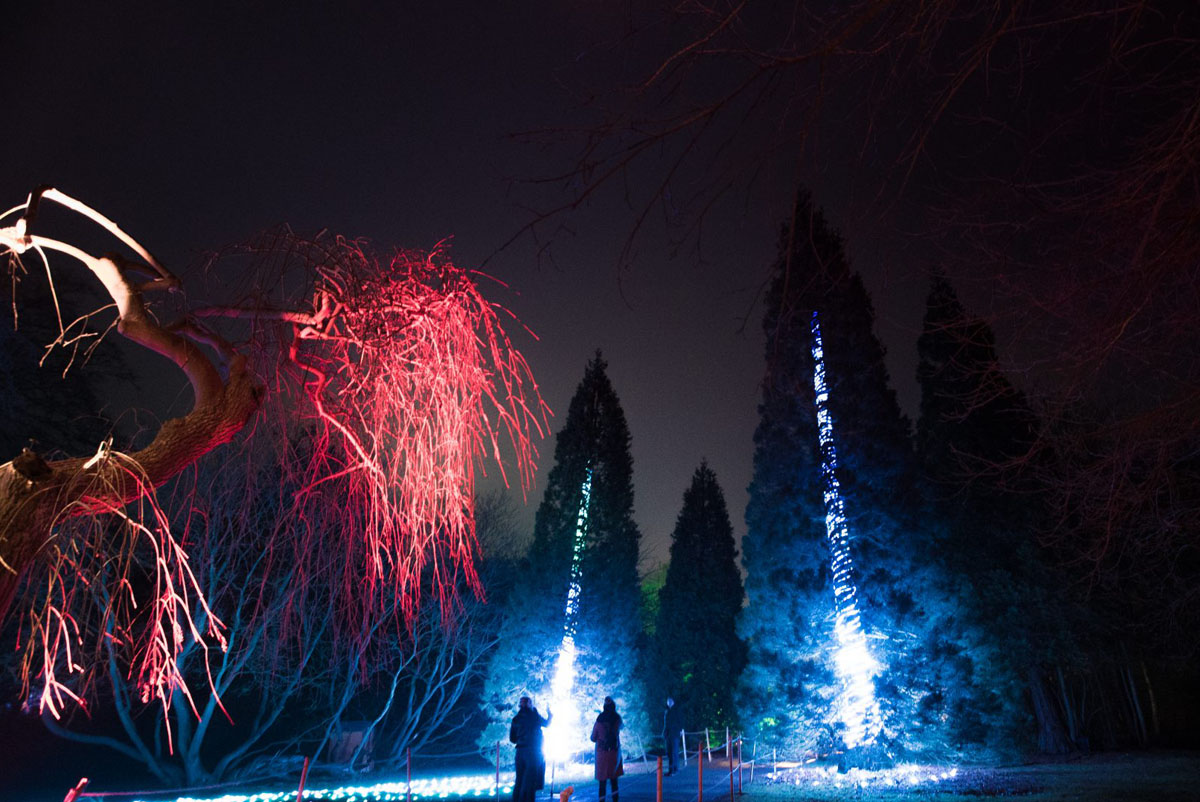 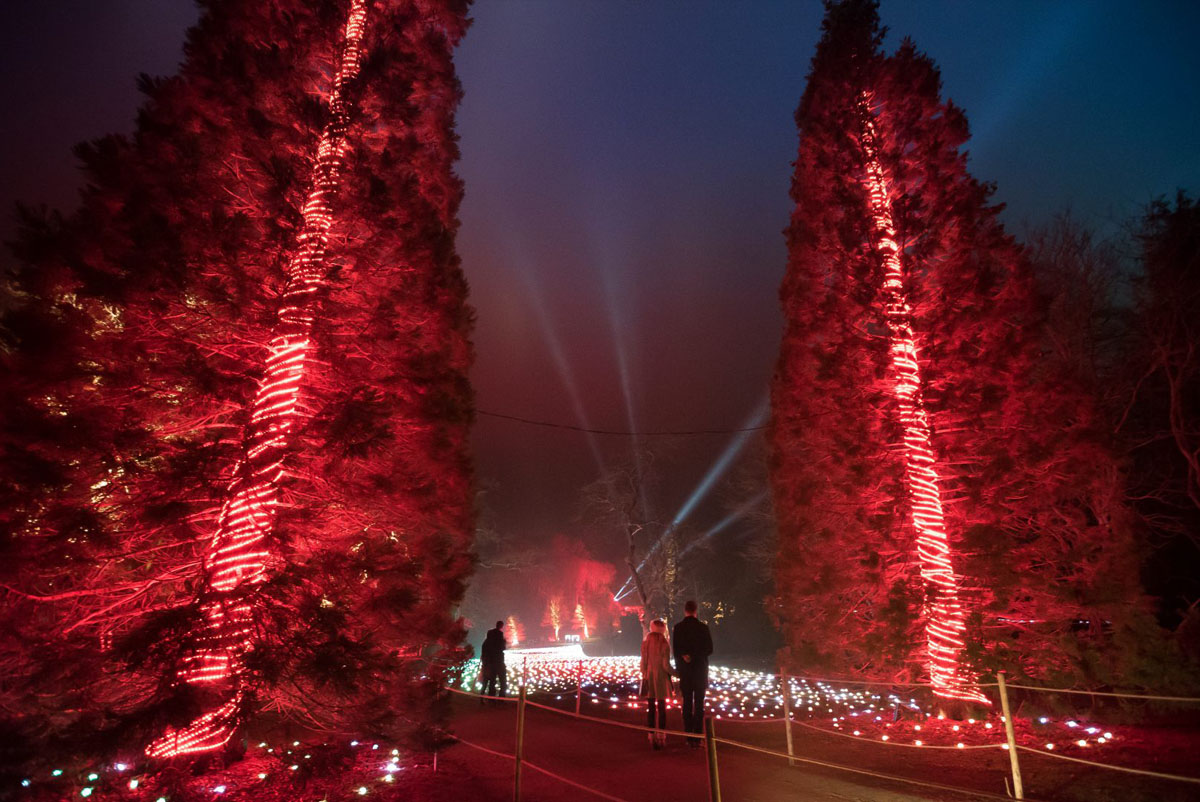 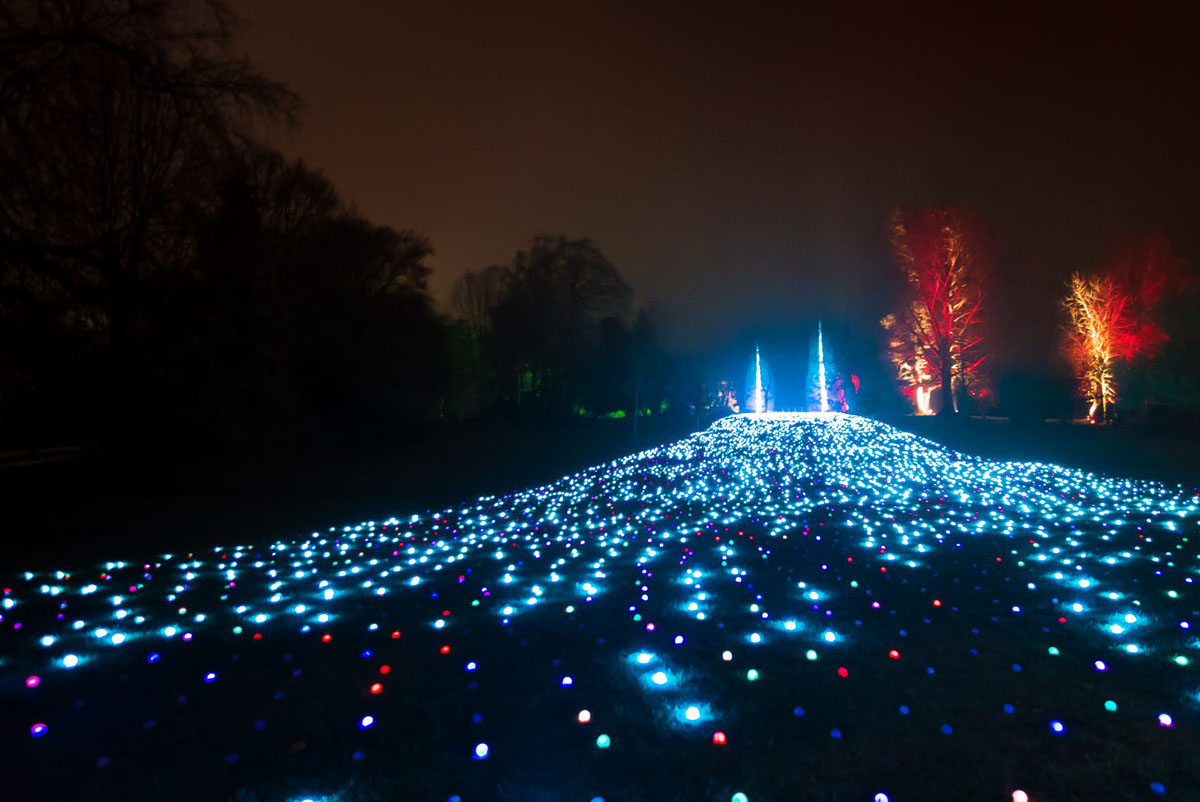 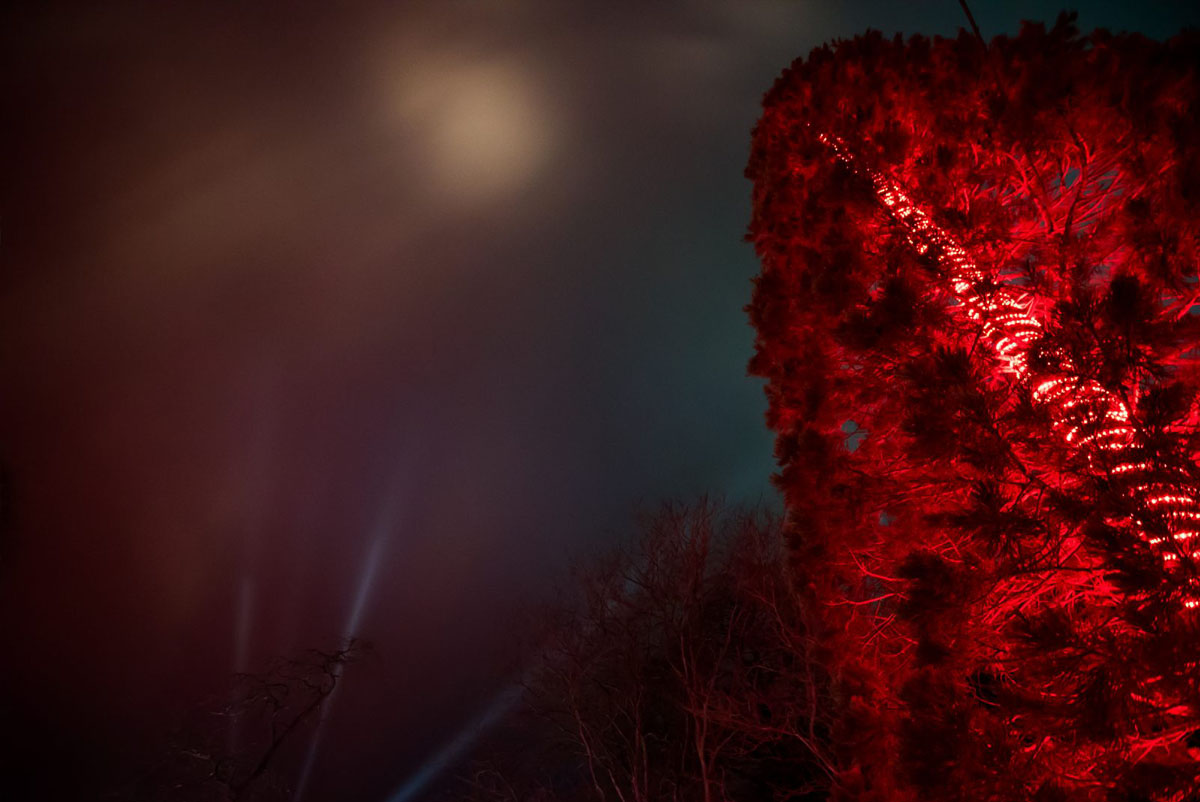 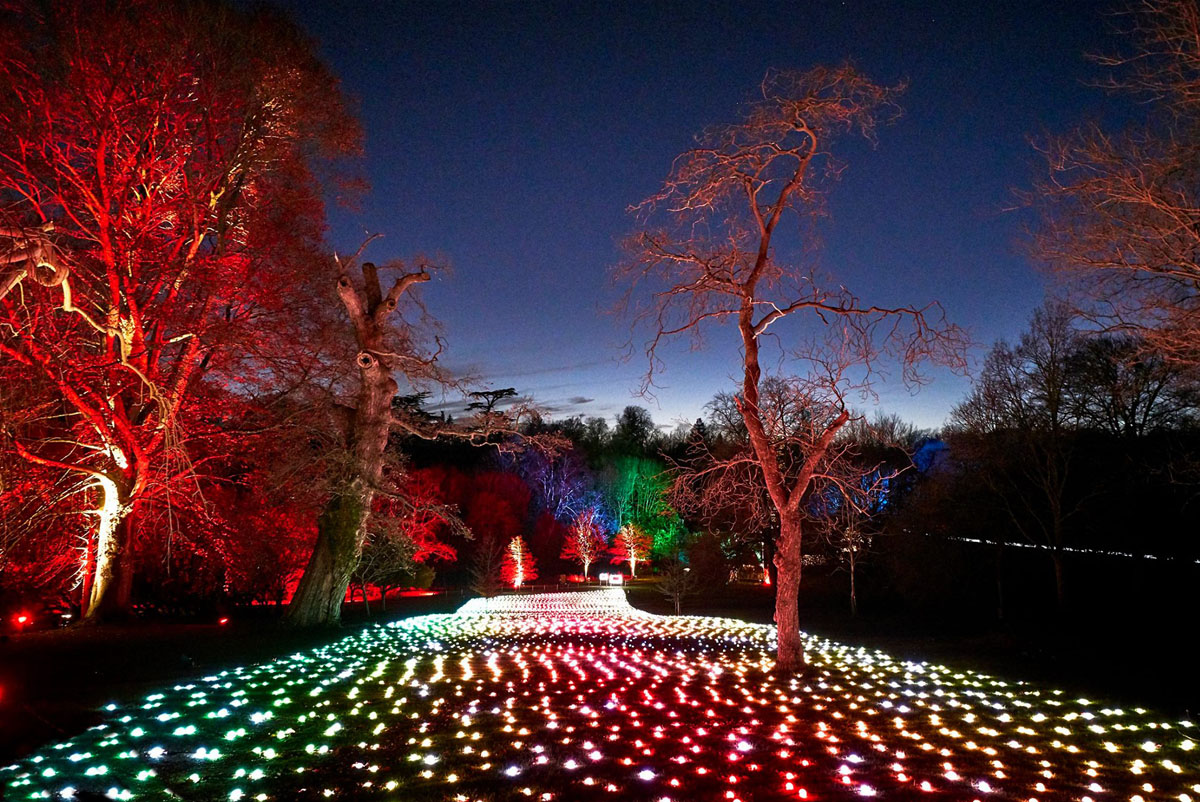 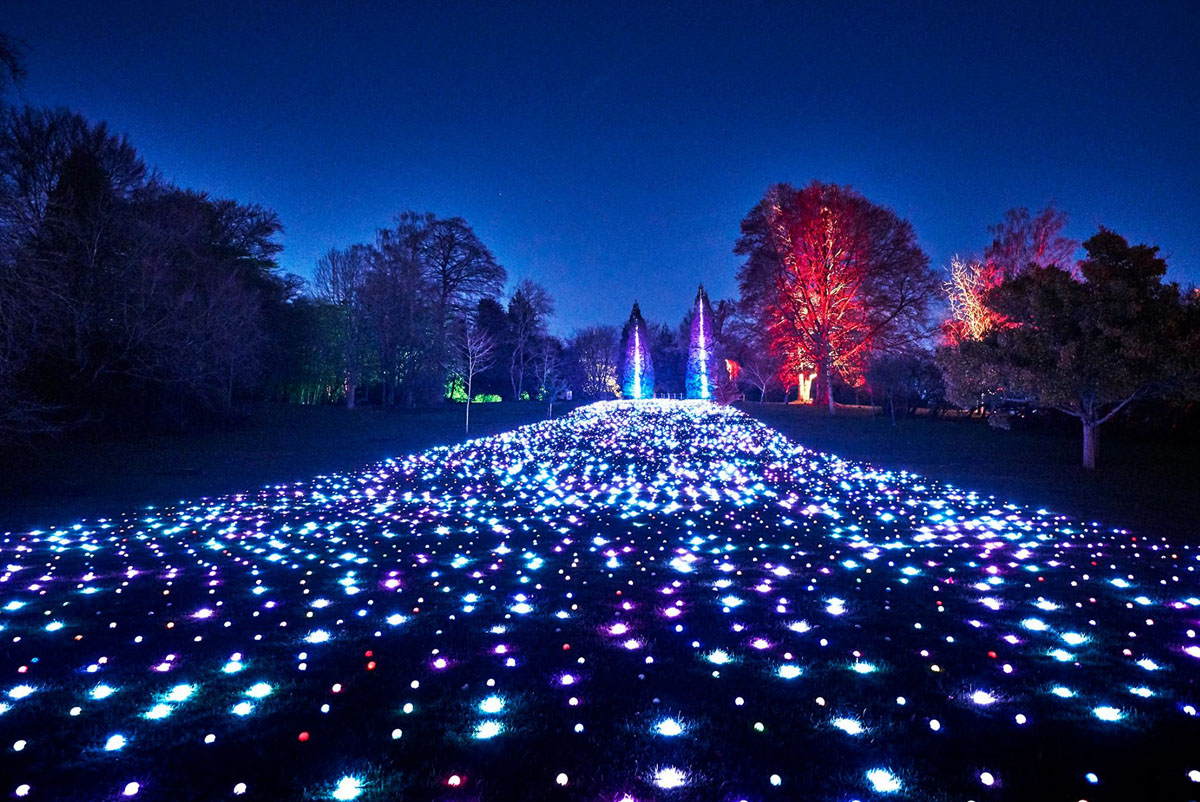 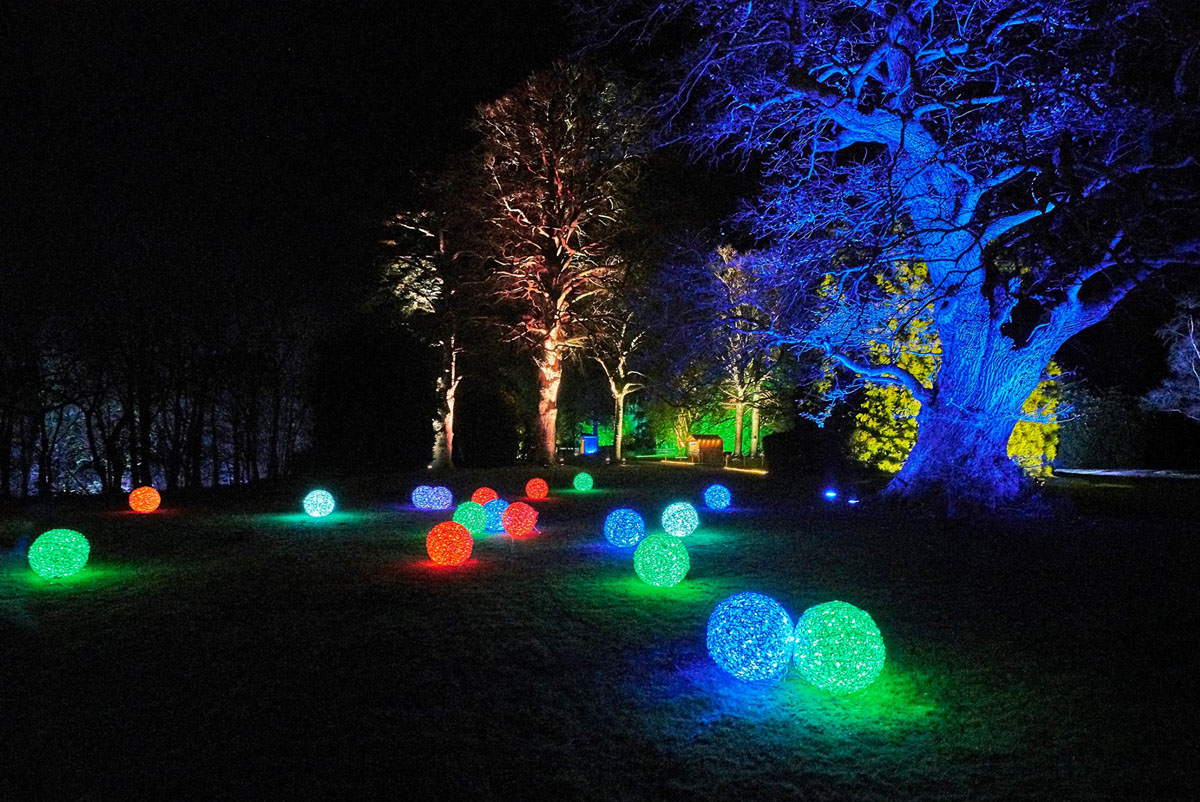 This magnificent installation saw Capability Brown’s famous landscaped garden covered with over 8,000 individually controlled pixels along with 400m of custom LED lighting in the trees, all animated to a bespoke soundtrack.

Sir Winston Churchill once said that “To improve is to change, so to be perfect is to have changed often.” The team from ITHACA seem to have taken this concept into another dimension, turning the grounds of the British statesman’s ancestral home into an intense scene of ever-changing, flowing visual splendor. Perfect indeed. 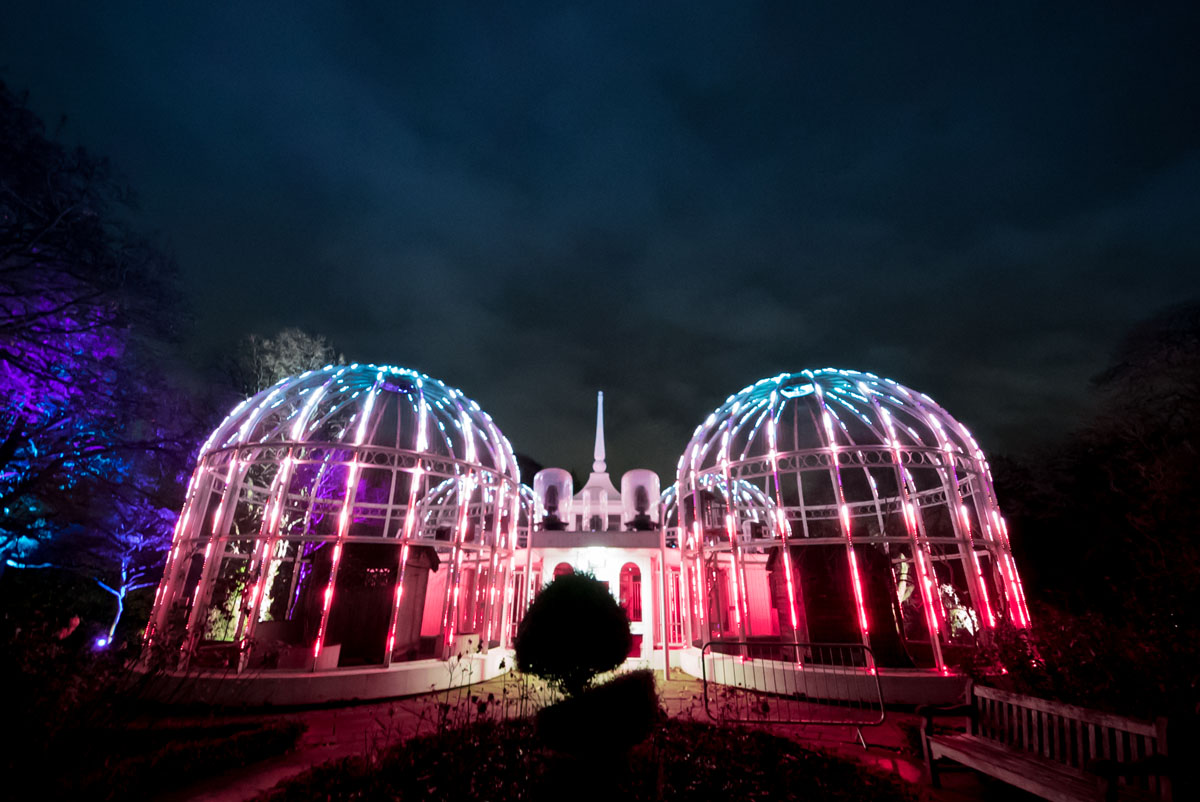 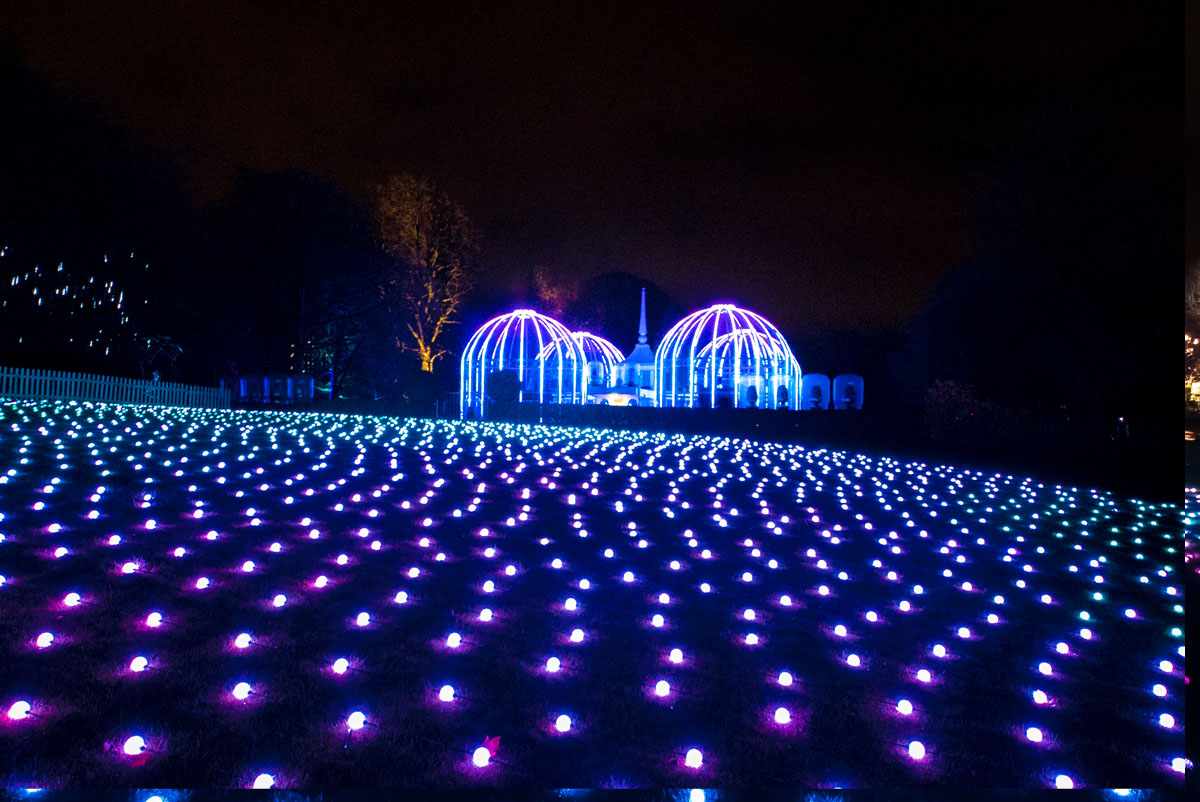 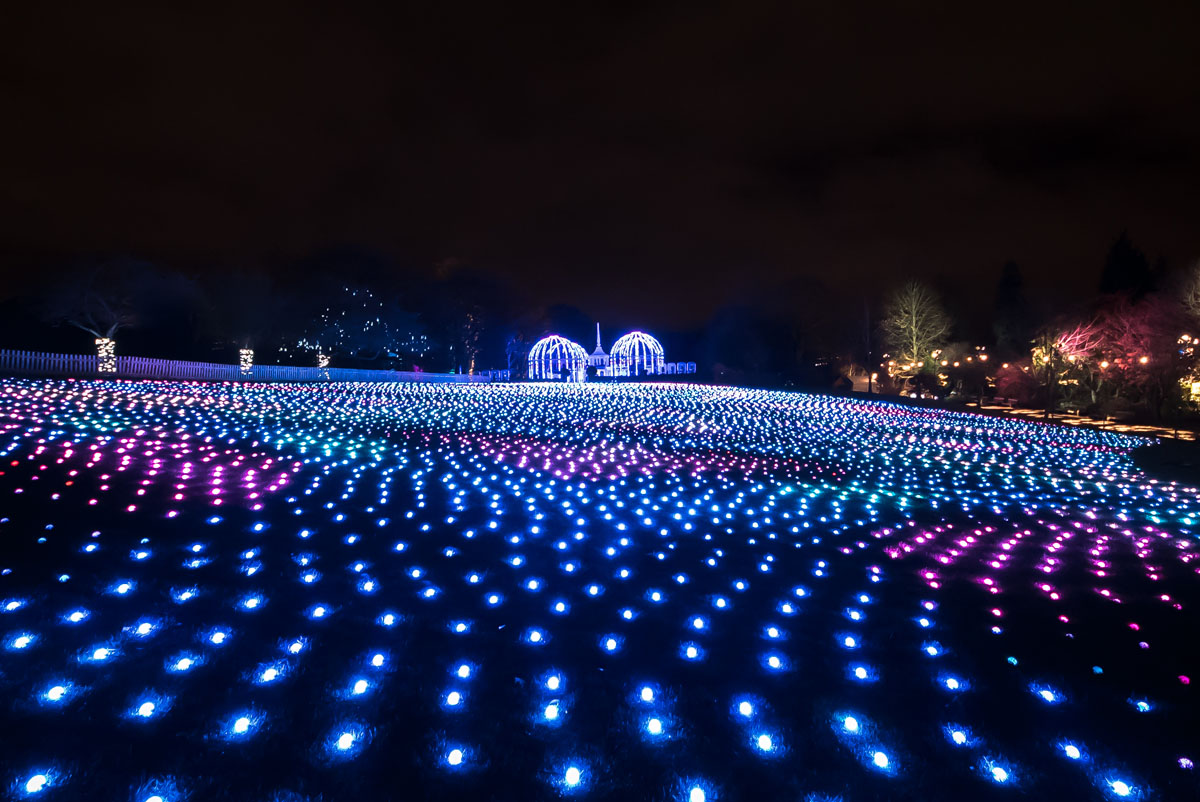 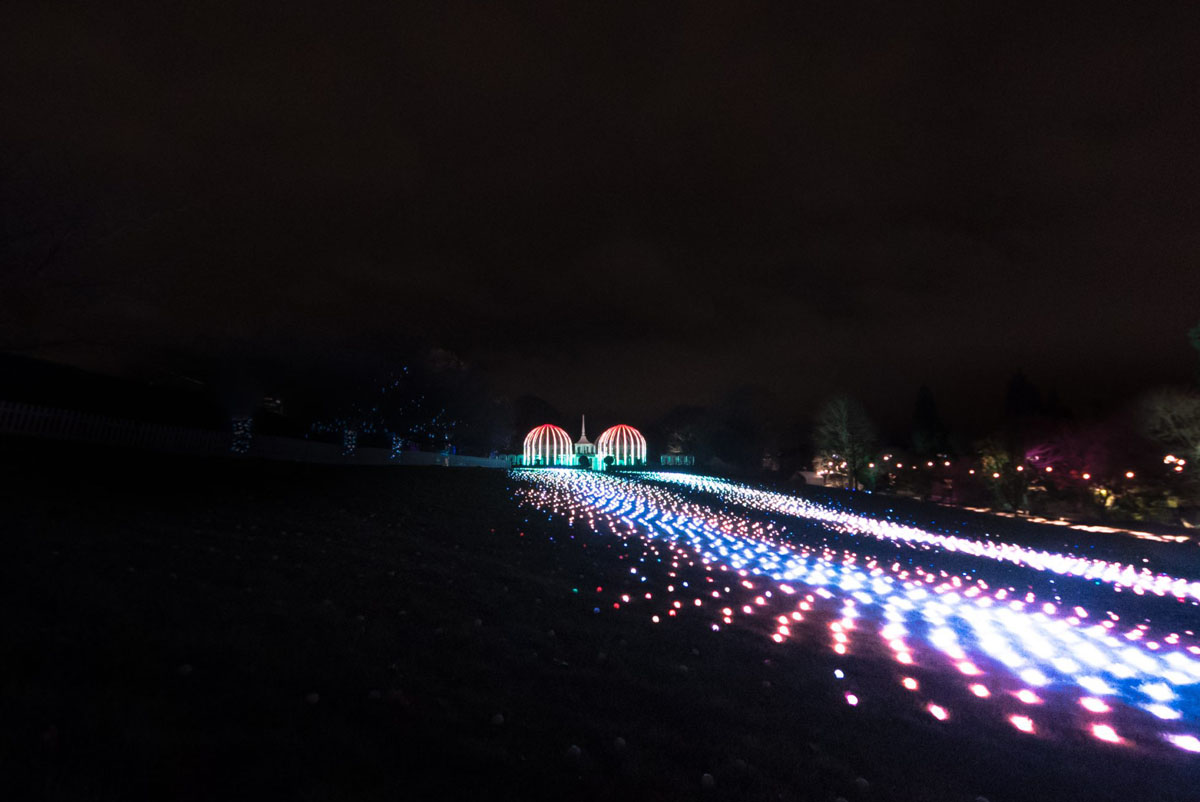 Some 36,000 individually-controlled LEDs cover the incredible Lawn Aviary, while over 8,000 pixel-mapped light spheres span out across the lawn, up to the glass houses at the far end of the gardens.

Using ELM and a bespoke Art-Net system to synchronize the installation, ITHACA created a magical winter display that left one local journalist struck by “how peaceful it felt with the lights changing color as the gentle music played and the smell of mulled wine filled the air.”

If art is designed to provoke an emotional reaction, that’s mission accomplished.